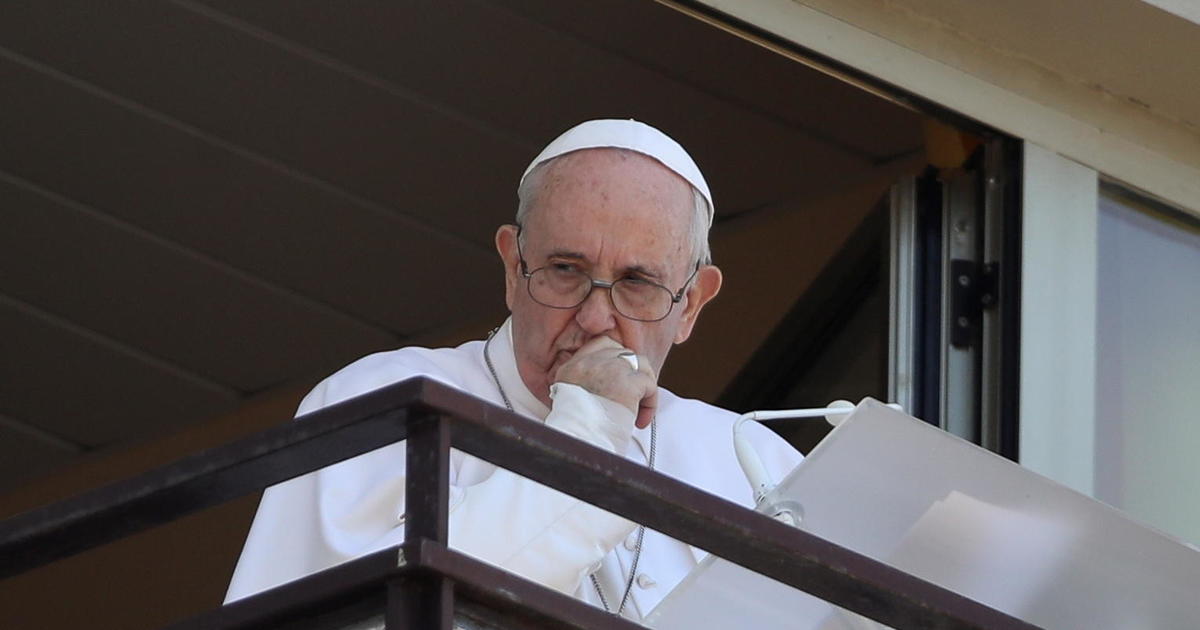 Pope Francis Since his first release on Sunday Major bowel surgery Last week, when he stood on the balcony of the hospital for 10 minutes, he greeted the wishes, offered heartfelt thanks to all prayers for his recovery, and called for health care for all “precious” goodness. I was sick.

According to the Vatican City, 84-year-old Francis is steadily continuing treatment after a scheduled operation on July 4 to remove part of the colon that has narrowed due to inflammation. But that’s not all about when he will be fired. In the morning after surgery, a spokesman for the Holy Place said his hospitalization was expected to last for seven days “without complications.”

When he began to speak after stepping into the balcony outside the special suite of the Gemelipoli Clinic at noon (1000 GMT, 6 AM EST), Pontif’s voice was initially weak. I heard.

It’s the time he would traditionally emerge from a Vatican window overlooking St. Peter’s Square. Just a week ago at noon, he didn’t give a hint that he would go to the hospital for surgery the same night in a few hours.

“I’m happy to keep my promise on Sunday,” said the Pope this time at the hospital. “Thanks to everyone. I really felt your intimacy and prayer support. Thank you from the bottom of my heart!” Exclaimed the Pope.

Standing on the balcony with him were children who were also admitted to the Polyclinic, a major Catholic teaching hospital on the outskirts of Rome. The crowd below applauded frequently with encouragement.

Reading the prepared remarks, he placed one or both hands on the podium for support, including when he raised his arms for a blessing.

Francis described his hospitalization as an opportunity to understand “how important is the quality of medical services available to all, as in Italy and other countries.”

Although he stayed in a non-public hospital, Italy has national public health services, residents can often be treated in private hospitals, and costs are reimbursed by the government.

“We must not lose this precious thing,” said the Pope, adding gratitude and encouragement to all health care workers and staff at the hospital.

As he always does on Sunday, Francis talked about the current events and issues close to his heart. In his remarks on the balcony, he reiterated his intimacy with the Haitians. Assassination last week Injured the president and the first lady. Francis prayed that the Haitians could “begin on the path of peace and harmony.”

Since its inception in 2013, the vulnerability of the world’s environment has been a major theme of his peace. On Sunday, when countless people were on vacation on the beach, Francis urged them to take care of “sea and sea health.” “There is no plastic in the sea!” The Pope pleaded.

He also expressed his hope that “Europe may unite in its founding values,” without citing any particular issue. This may refer to tensions between European Union leaders and Hungarian member states over the crackdown on LGBTQ rights. Francis said Sunday marked the feast of St. Benedict, the patron saint of the continent.

Francis ended with the usual invitation to a loyal person.

“Don’t forget to pray for me,” a big applause broke out.