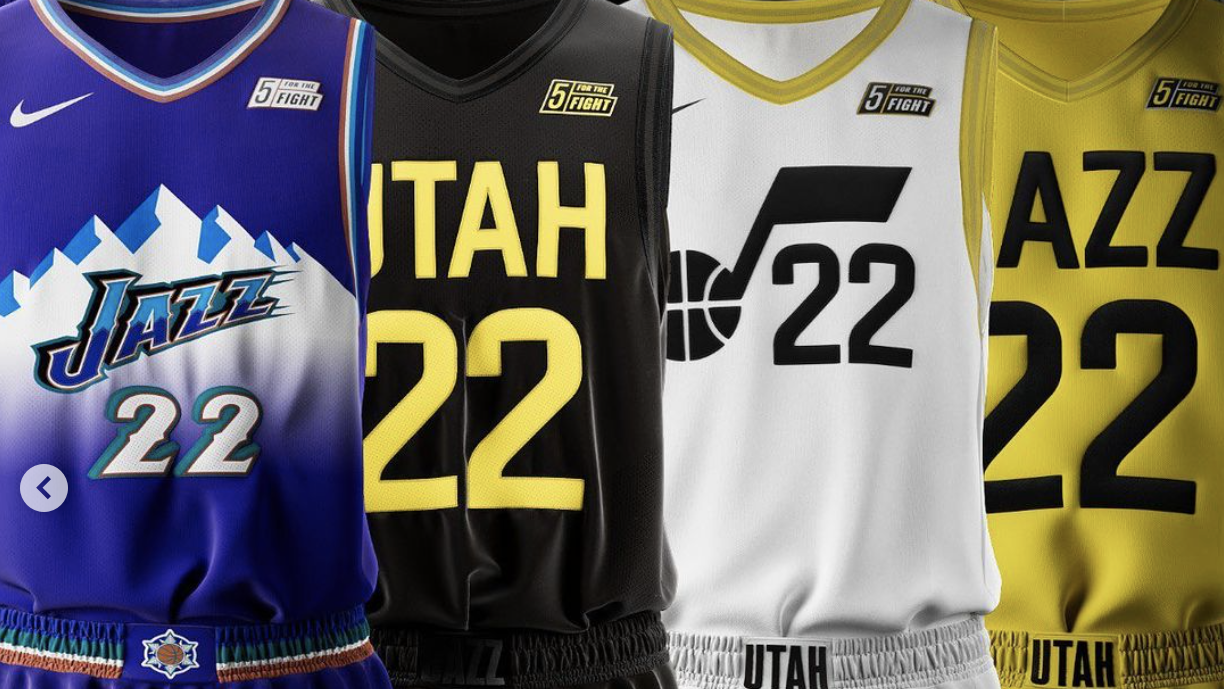 The Utah Jazz announced new jerseys to go with their new color scheme Friday, and they certainly take the franchise in a new direction.

While the primary colors for next season are black, yellow and white, the announcement centered on a bit of nostalgia as the team also announced three purple jerseys — including two that won’t even be worn until 2023-24.

Utah’s video announcement of the new uniform set focuses on the purple mountain uniforms coming back for the 2022-23 season.

Before getting to the base uniform sets for next season, Utah teased a new purple mountain uniform for the following year, along with a classic jersey harking back to the original Jazz jersey designs from when the team first moved to Utah from New Orleans.

According to the Jazz website, “The white and black uniforms symbolize the white and black keys on a piano, a significant element in the history of Jazz music. The yellow jersey represents the spotlight designated to the greatest performers in history, a nod to the fact that Utah embraces being in the spotlight with all eyes watching.”

Utah’s white uniform features the note logo with the number underneath, a style they’ve worn as statement edition jerseys in the past in both yellow and green. That jersey also features yellow trim on the collar and shoulders, something the other two do not.

Meanwhile, the primary court for next season will feature black baselines and a black paint with yellow marks. The Utah Jazz logos on the end will be in yellow, with a black note logo featured at half court. There’s also a larger chrome note logo that can be seen at the top and bottom of the court.

In a unique feature of the primary court, the Jazz say “the wood paneling will be angled rather than the typical horizontal look seen around the NBA, flowing in conjunction with the Note to provide phenomenal symmetry.”