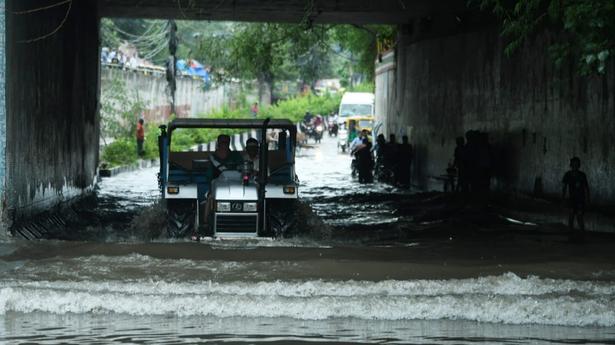 Incessant rains in the national capital led to waterlogging in many areas and affected traffic movement on key roads during morning rush hours, causing severe inconvenience to commuters.

The Delhi Traffic Police has been constantly updating its Twitter handle alerting commuters about waterlogging at several intersections across the city.

The Delhi Traffic Police has alerted commuters to avoid specific stretches of roads where traffic congestion has been witnessed.

Traffic congestion has been reported at Ring road towards Bhairon Marg due to the ongoing construction work.

In another tweeted, Delhi Traffic Police asked commuters to avoid the stretch from Liberty Cinema towards Punjabi Bagh due to heavy traffic congestion.

“Traffic is affected at Pul Prahladpur underpass due to water logging,” the Delhi Traffic Police said in another tweet.

The India Meteorological Department issued an alert at 10:05 a.m. for heavy rains in the national capital.

Thunderstorms and moderate to heavy spell of rains are very likely to continue over the entire Delhi and adjoining areas over the next two hours, it said.

The downpour may lead to “major traffic disruption” and there is an “increased chance” of road accidents, it warned.