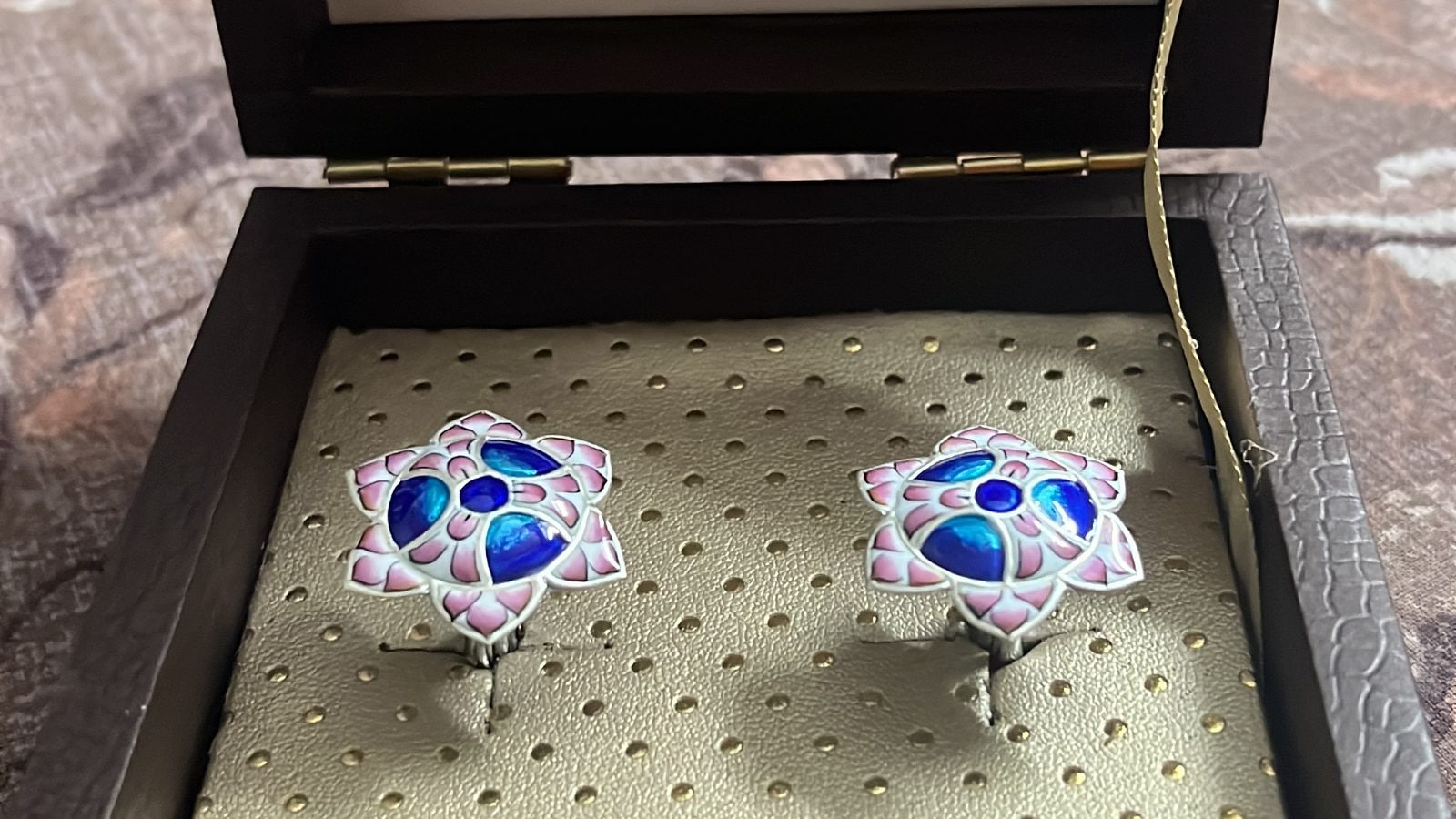 Remember the beautiful Gulabi Meenakari cufflinks and brooch set that Prime Minister Narendra Modi gifted US President Joe Biden during the G7 Summit in Geneva? Products like these from Varanasi are now becoming the highlight of the next-level version of Uttar Pradesh’s popular ‘One District One Product (ODOP)’ scheme.

Navneet Sehgal, Additional Chief Secretary (Information, MSME), told News18 in Lucknow that the UP government is now tying up with the Indian Oil Corporation (IOC), Indian Railways and banks to showcase ODOP products at petrol pumps, railway stations and bank premises, respectively, in all districts of the state.

“IOC is ready to give us space in petrol pumps and railway stations will have an ODOP shop where our artisans will sit. Same proposal is going to all the banks,” Sehgal told News18. He said Madhya Pradesh is replicating the scheme and a team from Arunachal Pradesh has visited UP as well for it.

The scheme has also been improved upon to add an additional product in the scheme in many districts as UP found that in many cases, a district was famous for at least two local products. Gulabi Meenakari was the latest to be included in the ODOP scheme for Varanasi.

“In Varanasi, Gulabi Meenakari is as popular as Banarasi sarees. Artisans from Kashi have toiled for generations to keep this art form alive where a piece of pure silver is moulded into a base form and the chosen design is embossed on the metal, and then filled with great dexterity with crushed meena,/em> glass mixed with an intriguing a natural anardana glue. This is then fired to transform into a translucent coloured patch,” Navneet Sehgal explained.

UP created a cufflinks and brooch set of Gulabi Meenakari that was gifted by PM Narendra Modi to US President Joe Biden recently at the G7 Summit in Geneva, amongst other ODOP products gifted by Modi to other world leaders. The motifs of Gulabi Meenakari use the colour pink (gulabi) which lends its name to the craft.

As part of expanding the scheme’s ambit, in nearly 36 out of the 75 districts in UP, an additional product has now been added as many districts have multiple products to showcase as local specialities. Like in Aligarh, besides locks and hardware, metal handicraft was added to the list; in Bareilly, the goldsmith industry was added besides the zari-zardozi product; in Mathura, the costume of Thakur ji (Lord Krishna) and Shringar sculpture was added besides the original product of sanitary fittings, and menthe was added for Rampur besides zari patchwork.