Research reveals how key diabetes drug is made in nature 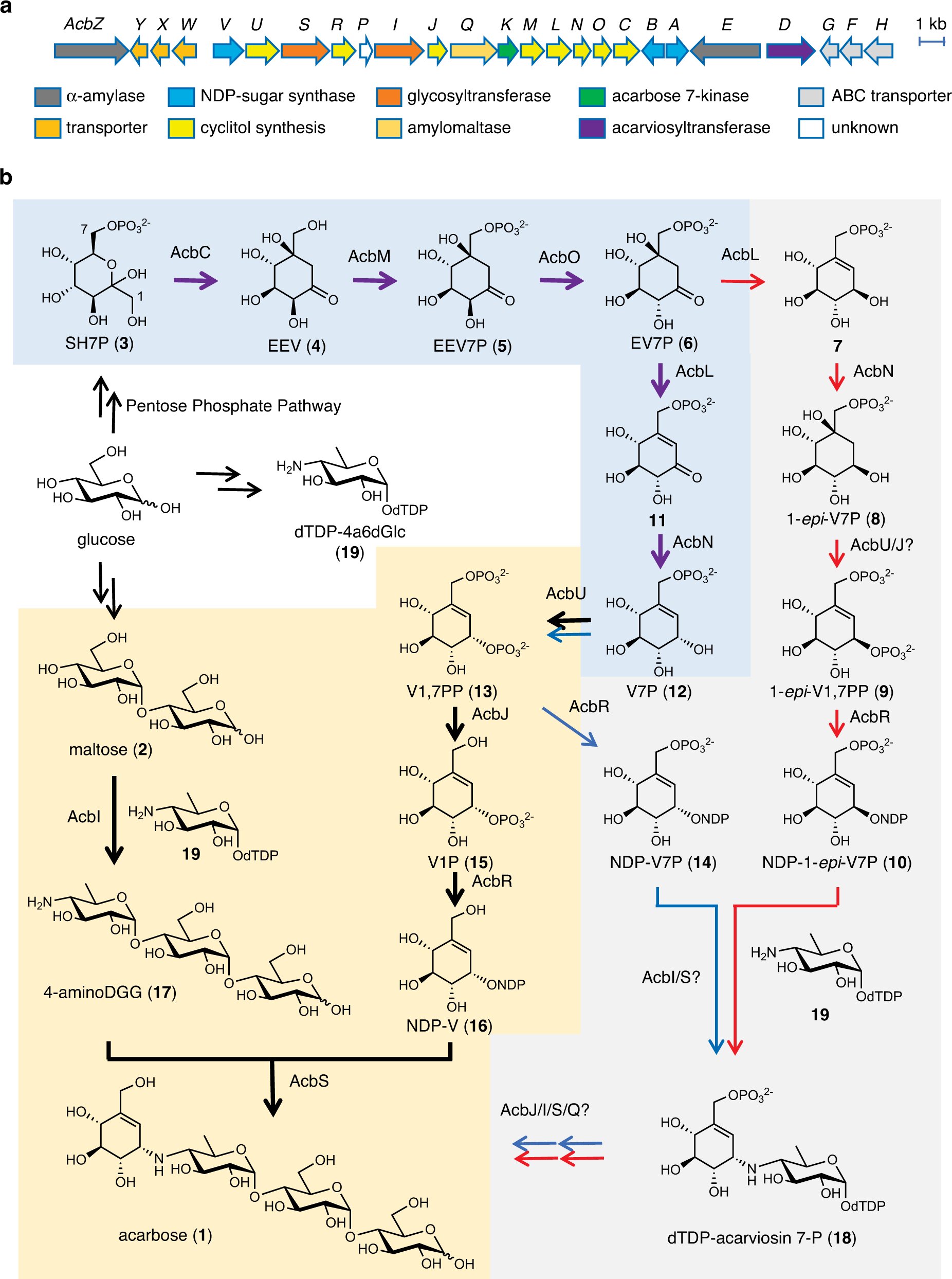 Research by Oregon State University has explained how an important type 2 diabetes drug is made in nature, opening the door to improvements in manufacturing through biotechnology.

The findings are particularly important because global demand for the drug, acarbose, is rising along with incidence of type 2 diabetes—according to the International Diabetes Federation, the disease affects nearly 500 million adults worldwide.

Developed by Bayer, the drug has been on the market under the brand name Precose since 1996. Acarbose comes from soil bacteria but until now the biosynthetic pathway underlying its production—the sequence of steps taken by enzymes to catalyze the chemical reactions responsible for making it—was not known.

Findings of the study, led by Taifo Mahmud of the OSU College of Pharmacy, were published in Nature Communications.

Frequently associated with obesity and low physical activity, type 2 diabetes is a serious metabolic disease that affects roughly one in 10 Americans. Formerly known as adult-onset diabetes, it is a chronic condition affecting the way the body metabolizes glucose, a sugar that’s a key source of energy.

For some patients, that means their body does not properly respond to insulin—it resists the effects of insulin, the hormone produced by the pancreas that opens the door for sugar to enter cells. In the later disease stages, when the pancreas is exhausted, patients don’t produce enough insulin to maintain normal glucose levels.

In either case, sugar builds up in the bloodstream and, if left untreated, impairs many major organs, sometimes to disabling or life-threatening degrees.

Acarbose normalizes blood glucose levels by inhibiting alpha-glucosidase enzymes—it helps keep blood sugar from rising too quickly after someone eats by blocking the breakdown of starchy foods like bread, potatoes and pasta and slowing down the intestinal absorption of some sugars.

Acarbose derives from Actinoplanes bacteria and several other strains of soil bacteria. It was the first alpha-glucosidase inhibitor approved for use in the United States and Europe

“Despite its significant therapeutic importance, how acarbose is made in nature had not been completely understood,” Mahmud said. “Our research not only sheds light on how this high-value pharmaceutical is made in nature but also provides a platform for further improvements of industrial acarbose production—for example, by modifying the DNA of the producing bacteria or through other biotechnological approaches. That means knowing its complete biosynthetic pathway is important from both scientific and industrial points of view.”

What remains unknown, Mahmud added, is why soil bacteria produce acarbose—what purpose does the compound serve for them? Some hypothesize that it plays a role in shuttling sugars between bacteria’s intra- and extracellular spaces or that it protects against the carbohydrate-degrading enzymes of other organisms.

“What exactly the function is for the producing organisms in their natural environment remains an exciting topic for future studies,” he said.

Citation:
Research reveals how key diabetes drug is made in nature (2022, June 21)
retrieved 21 June 2022
from https://medicalxpress.com/news/2022-06-reveals-key-diabetes-drug-nature.html