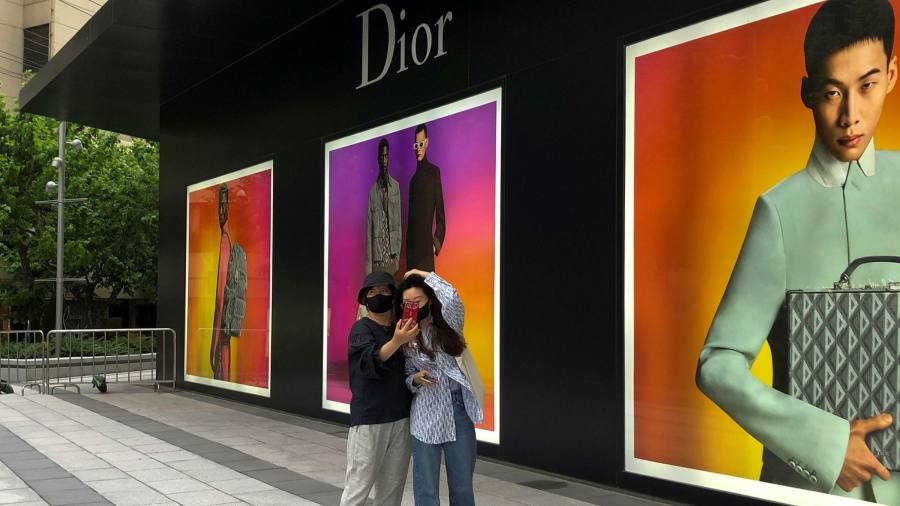 On June 1 a stringent lockdown was lifted in Shanghai, allowing the millions of residents who had been confined to home for more than two months to finally venture outside, while shops were able to reopen their doors.

To celebrate, Eric Young, founder of upscale Shanghai boutique Le Monde de SHC, organised a gathering of friends and acquaintances in the shop. “We felt good and we wanted to buy some new clothes,” he says, speaking on a WeChat call a week after the reopening. “The business is kind of good because of markdowns. But is it really? Lockdowns are still happening in some areas. For example, last night in downtown, they just blocked two blocks. It’s not really back to normal.”

Young and his friends were not the only ones in a splashing-out mood: on the day of the reopening, luxury shoppers were spotted queueing outside Hermès, Celine and Dior in a bout of “revenge spending”, where consumers buy more than they normally would as a reaction to having endured restrictions and limitations. Jessie, a 23-year-old Shanghai gaming specialist, bought a £320 Acne Studios handbag on a whim. “I really wanted to revenge shop, so I purchased it on impulse,” she says.

I have a lower threshold for what makes me happy now. Even just going out under the sun satisfies me

But Jessie is not planning to spend on luxury again anytime soon. “I have a lower threshold for what makes me happy now. Even just going out under the sun, buying some delicious snacks, satisfies me. I would rather spend the big money on experiences — for example travelling — instead of buying a bag,” she says. “Right now I think we don’t need luxury, because when you can’t even have the security of basic human rights, there is no need for petit bourgeois consumption.”

Jessie and Young’s mixed sentiment reflects the uncertainty created by the Chinese government’s determination to stick to its “zero-Covid” policy, and the swift and unpredictable nature of its restrictions. A little more than a week after lockdown was eased in Shanghai, mass testing and localised lockdowns were reintroduced, while in Beijing entertainment venues were closed and thousands of people put into home isolation after an outbreak at a bar in Chaoyang district. This year’s lockdowns have been harsh, hitting key financial and economic hubs such as Shanghai and Shenzhen as well as the capital Beijing, and impacting food provisions, online shopping and internal travelling.

“I am 70 per cent happy, 20 per cent traumatised and 10 per cent vigilant,” says Andrew, a 28-year-old science researcher from Shanghai of his post-lockdown state. His salary hasn’t been affected by the lockdown, but he has become more strict in his spending, buying less as a whole and focusing more on higher-quality goods, including luxury goods. “I am glad life is getting better. I get to go to work, buy things and live more or less like a modern city dweller. Yet it’s hard to not be traumatised for anyone who has experienced what has happened in Shanghai. I am pessimistic towards ‘life returning to normal’. It’s never going back to the old normal and I’d rather be vigilant and prepared.”

This sense of uncertainty correlates with analysts’ suggestions that the recovery in Chinese luxury spending will take longer than in 2020, when it quickly bounced back in the second half of the year. The recent restrictions in Shanghai, which in some cases meant brands had as much as 40 per cent of their Chinese store network closed, was duly noted in the latest financial results of luxury conglomerates Kering, LVMH and Richemont.

The biggest challenge won’t be slowing customer sentiment but getting exciting, exclusive products quickly to Covid-fatigued consumers who are desperate for newness

Despite a generalised confidence in the resilience of Chinese luxury consumers, executives sounded a note of caution. “We must expect that China’s re-emergence after lockdown will not be as dramatic,” said Richemont chair Johann Rupert on a call with analysts in May. “China’s growth rate has slowed down. I’m not sure that any society undergoing that lockdown will be able to grow six, seven or five per cent. So yes, it will be a while before they will return.”

Veronique Yang, managing director and senior partner at Boston Consulting Group, believes that consumers will start to feel optimistic again about their finances and the economy in the next three to four months, with luxury spending recovering in the last quarter of the year pending the resolution of supply-chain issues, which are currently disrupting deliveries into stores.

“The growth of affluent consumers in China remains intact and also the government’s determination to further encourage consumption hasn’t changed,” she says. “The fundamental outlook remains the same, but it’s very clear that there is a further polarisation in the luxury sector, with big luxury brands performing really well despite the Covid challenges and the affordable luxury and premium sector struggling.”

Blondie Tsang, president of luxury department store Lane Crawford, also believes China is a “diehard luxury market . . . The biggest challenge won’t be slowing customer sentiment but getting exciting, exclusive products quickly to Covid-fatigued and travel-deprived consumers who are desperate for newness,” she tells me in an email. Lane Crawford’s flagship mainland China store is in Shanghai.

The store didn’t do any business during the two lockdown months and, when it reopened its doors, shoppers were eager to return. But the enthusiasm quickly diminished. “For the first weekend our store was open, all our VIP suites were fully booked and we did sales surpassing a normal weekend,” says Tsang. However, “on the whole, traffic is down . . . People are still cautious, so for us it’s been higher conversion off a lower rate of traffic.”

The economic consequences of China’s zero-Covid policy have understandably been felt differently by Chinese shoppers, with the middle class feeling the squeeze. Affe, a 39-year-old business owner from Shanghai, says that she had to endure three months of costs with zero earnings, something she expects will affect her spending power for at least the next six months. Liying Zhao, a 28-year-old music teacher from Shenzhen, hasn’t been affected at all, splurging on a new Hermès handbag after lockdown was lifted.

And Plusplus, a 28-year-old shopper from Shanghai, wasn’t affected economically, but her spending has shifted from clothes to homeware. “I don’t have that much desire for luxury goods,” she says. “I spend most of my time at home now, so it’s more important to improve my quality of life there.”

“Wealthy groups may not be deeply impacted, but for some ordinary people it will take time to recover. The epidemic has brought difficulties to a large number of small and medium-sized enterprises and lay-offs in many large enterprises,” says ​​Wenyan Jiao, co-founder of Shanghai and Wuxi-based fashion boutique Mushion. “Sooner or later, everything will finally go back to normal. However, it will definitely be a huge challenge for the overall retail market.”