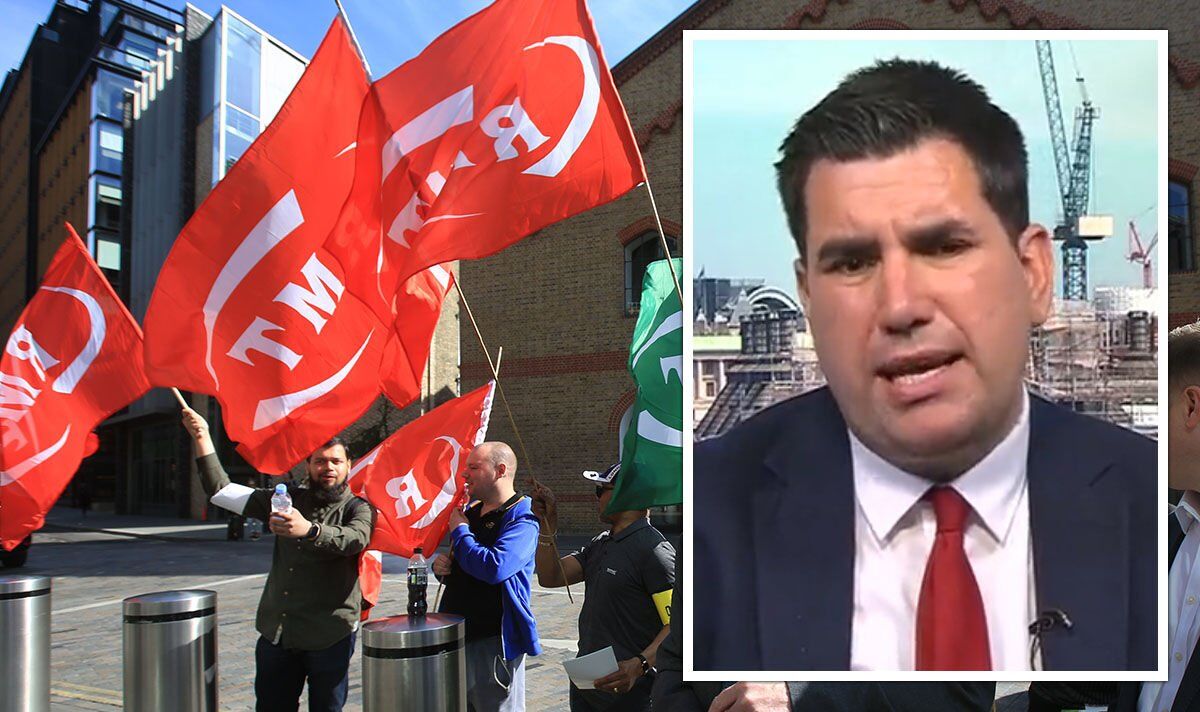 A senior Labour MP has warned colleagues that joining picket lines in support of striking workers will not resolve the dispute on the railways. Shadow Treasury chief secretary Pat McFadden said he understands why the Rail, Maritime and Transport (RMT) union is pressing for a pay rise due to the rising cost of living, but that he wants to see a negotiated settlement. But former shadow cabinet minister Richard Burgon said it is “right” for Labour MPs to.

Speaking to BBC News, Mr Burgon said: “I think it’s right for Labour MPs to go the picket line, to show the support for workers and also to listen to workers.

“I was speaking to a worker this morning at the picket line who is on £24,000 a year and is really struggling to get by.

“It’s important MPs hear those stories especially when the Government is smearing railway workers in such a way saying that they’re all really well paid, making out that they’re greedy.

“While at the same time the Conservative Government is now talking about lifting the cap on city banker bosses bonuses.

“It’s important we take the side of the majority of the working people during this cost of living emergency.”

It comes as Labour leader Sir Keir Starmer is considering possible disciplinary action after he reportedly ordered frontbenchers not to join picket lines outside stations as the country faces the biggest rail strike in a generation.

The Conservatives have sought to use the row to claim Labour is on the side of the striking workers who have caused chaos for millions of commuters, and the Opposition leader will be reluctant to give the Government any more ammunition for that attack.

Asked what his message to Labour MPs who do join the protests would be, Mr McFadden told LBC News: “I would say to them, in the end that’s not how this will be resolved.

It was understood Sir Keir was waiting until the end of the industrial action before instructing chief whip Alan Campbell to deal with disciplinary issues.

Labour did not say whether or not the MPs could lose their frontbench roles as a result, with a spokeswoman saying: “Unlike the Government, our focus is firmly on the public.”

The opposition party was cautious not to give credibility to the Government’s claims it is playing a role in the strikes, but is also coming under pressure from unions to stand up for workers’ rights.

Sharon Graham, general secretary of the Unite union, told the PA news agency: “The Labour Party was founded by the trade unions and we expect Labour MPs to defend workers, by words and by actions.”