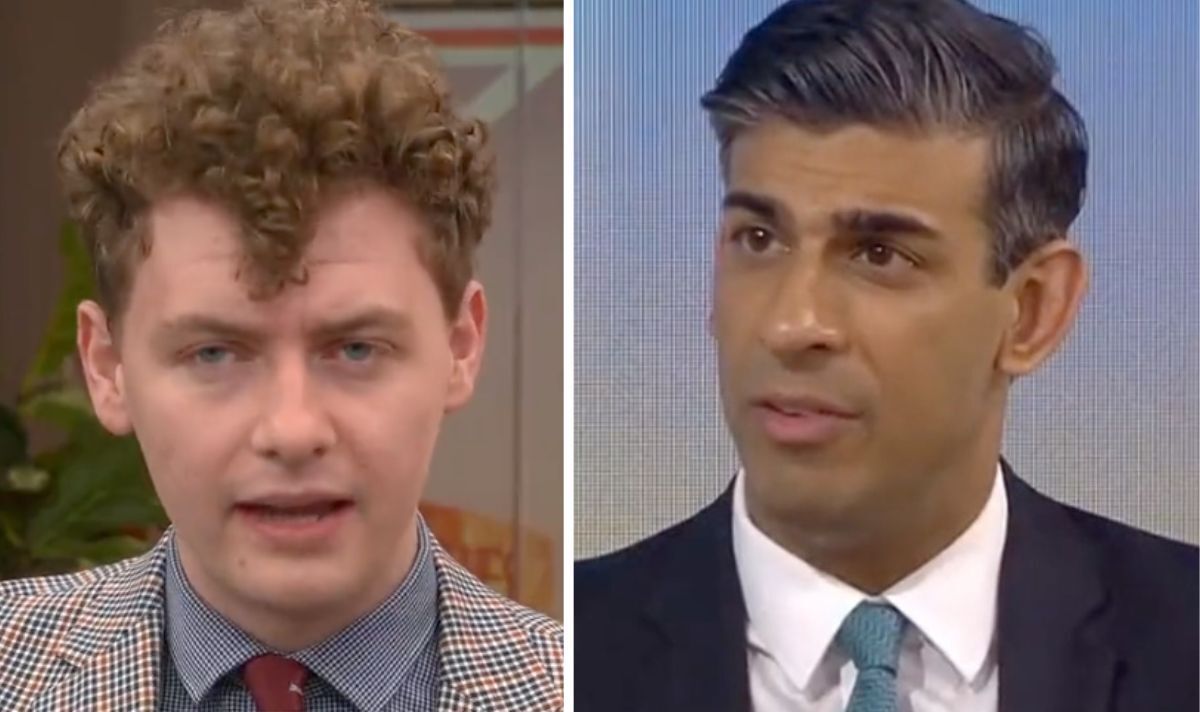 Conservative Home assistant editor William Atkinson has sugged that Rishi Sunak “completely misspoke” when he proudly told Tory members in Eastbourne he had removed a Labour Party initiative channelling funding to deprived areas. Mr Atkinson went on to argue the gaffe highlighted a major optics problem for the former Chancellor over how his personal wealth comes across to the voting public.

Mr Atkinson told GB News: “The fact that as ever, it’s always going to be an optics problem for Rishi Sunak to be talking about people who aren’t as well off as he is, because he’s an incredibly wealthy man himself.

“I mean, his supporters keep coming out saying, well, the poll says more to the general public is more electable as you know, for come the next general election than less trust? Well, not after that, surely,” suggested GB News presenter Stephen Dixon.

“I’d say what we can tell from the polling is that the general message of the public votes give is that they’re not overly bothered about Rishi Sunak’s wealth. Things like this, as I say, are very embarrassing. They’re not very good for optics, but I do think they’ve fundamentally changed people’s voting intentions,” replied Mr Atkinson.

“What people have found her interest is their own taxes, their own incomes, and especially at the moment, is that squeezed by inflation actually, by reducing access to National Insurance rise, but also by the ongoing energy prices, etc.

“That’s the thing that people really want us to see that to be talking about, and gaffes like these just detract from his overall economic message.”

A supporter of Tory leadership contender Rishi Sunak has defended the former chancellor’s remarks on working to divert funding from deprived urban areas towards more prosperous towns, saying they were “misunderstood”.

Conservative former minister Andrew Mitchell, the MP for Sutton Coldfield, told Times Radio: “I think it’s been misunderstood because, first of all, Rishi, when in Government, produced significant sums as Chancellor of the Exchequer to help with the levelling-up agenda and to address funding needs specifically in Red Wall seats in our poorest areas, but also in areas like mine, which are not part of the Red Wall and are not one of the poorest areas in the country.

“Indeed, Sutton Coldfield is one of the most affluent.

“Now, I’m not saying for a moment that the needs aren’t far greater elsewhere, but we will not be able to rejuvenate our high street infrastructure, the town centre infrastructure, which has suffered so grievously from economic change over the last 10 years.

“We won’t be able to do that without some, admittedly smaller, but some Government taxpayer support and what Rishi was saying, I think, was that he had adapted the rules to ensure that both the Red Wall and the poorer seats can receive the help they need, but also where it’s needed on a wider front, which of course affects the Red Wall seats, such funding can be made available.”

The two candidates vying to become prime minster were put to the test of party members once again at a Tory hustings in Eastbourne, Sussex, on Friday.

The event, which lasted for almost two hours, started with a bang for Ms Truss, who received the backing of Conservative former minister and vice-chairwoman of the 1922 Committee Nus Ghani.

The MP for Wealden in East Sussex introduced the “fair and honest” Foreign Secretary on stage.

Despite Ms Truss’s opening speech being disrupted by shouting climate activists, who were quickly removed from the studio, the hustings continued business as usual.

The economy and the cost of living were once again central to the debate, particularly given the Bank of England’s stark warning on Thursday that the UK faces an outright recession and 13 percent inflation.

Former chancellor Mr Sunak said that unless inflation gets under control, there is “no hope” the Tories will win the next election, while Ms Truss said the UK must not talk itself into a recession.