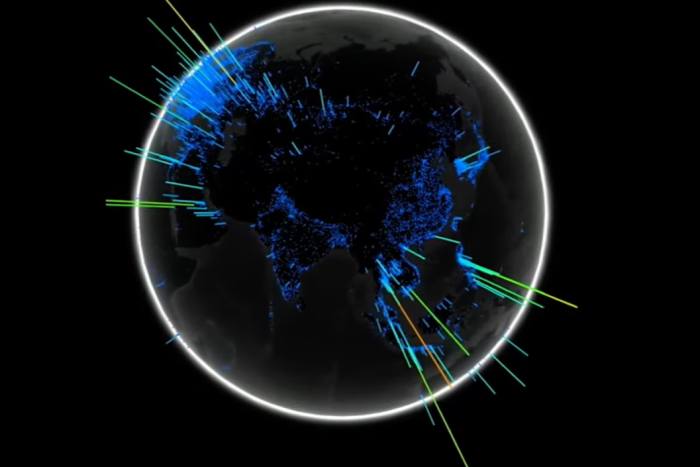 In July, online gaming company Roblox hired dancers in cosplay outfits to perform at its Shanghai opening ceremony, marking the start of its much-vaunted attempt to crack the Chinese market. At the time, the company proclaimed it would provide a “hyper-digital” and “boundless world” for its new users.

Four months on, Roblox is struggling to make a dent in China, in the face of regulatory barriers and stiff competition.

“Roblox has gone very quiet on its opportunity in China,” said Neil Campling, head of tech research at Mirabaud Securities. He believes that Beijing’s move in August, which restricted young people to playing between 8pm and 9pm on Fridays, weekends and public holidays, has hit the company’s plans for growth.

Roblox’s partnership with Tencent Holdings, enabling it to enter China, formed a key part of its prospectus for its blockbuster initial public offering in March. But the Chinese version of the platform, known by its users as “Luobulesi”, does not feature in the top 100 played games on the Chinese gaming portal TapTap at the time of publication.

David Baszucki, co-founder and chief executive of Roblox, told investors last week that the company was taking a “super-long view” in China, “keep[ing] our head down” in the face of regulatory challenges. The company declined to comment for this piece.

Roblox’s entry has been further complicated by its decision to brand itself as an educational platform to appeal to Chinese parents, putting the company at the intersection of gaming and online education industries, both of which have been subjected to regulatory attacks.

“Roblox in China doesn’t perform as a social platform but is designed as an educational tool that is complementary to schooling,” said Chenyu Cui, a gaming analyst at the research company Omdia. “Education has caught the eye of authorities, so its future there is uncertain.”

Despite achieving explosive growth during the pandemic globally as children spent more time at home, Luobulesi is battling to gain traction against established competitors in the Chinese market. Roblox does not disclose how many of its 47.3m daily active users globally come from China, but an investor presentation on Tuesday showed sparse usage in the mainland.

“Roblox has yet to break out in the same way that Minecraft did with its launch in China,” said Daniel Ahmad, senior analyst at video game research firm Niko Partners. “Tencent will need to refine the operation of the game and increase marketing efforts to drive an increase in players.”

Minecraft, whose sandbox game — a style of free-form games with fewer rules that encourage players to use their imagination — reached 60m registered users three months after launching in 2017. It now has more than 400m registered users in China, where it is operated by NetEase, according to Niko Partners research.

Meanwhile, Roblox faces growing competition from Reworld, a Chinese platform that also hosts games made by its users on its platform. Reworld has courted investment from TikTok owner ByteDance, as it moves into gaming to challenge Tencent’s dominance in the industry. The move sparked a bidding war between the two internet giants for independent game developers in China, which has cooled since the government tightened restrictions on gaming.

But in China, developers face the added complication of avoiding a long laundry list of banned material, including “no extremely scary skeletons or zombies”, “no encouragement of minors hating and quitting school” and no reference to Taiwan being a separate country. Chinese versions of the Roblox games include safety features such as warning signs telling players not to imitate avatars jumping off high platforms.

Oscar, who did not want to share his last name, creator of the “Midnight Racing: Tokyo” game which has been played more than 33m times, decided against making a version for mainland China because of the high localisation costs and “heavy censorship which greatly limits developer creativity”.

Ahmad also noted that Roblox’s user-generated content model puts it at greater risk of being penalised by regulators.

“Although many of [the] censored features are common sense and already a part of Roblox conditions, a great handful are problematic. Plus, there is the risk that the game could be taken down at any point,” said Oscar.

But James Onnen, the developer behind the Ragdoll Simulator game, said his team had “no issues localising into China”. “We didn’t have to make many changes. Our primary audience is kids, so censorship of dead bodies and drinking doesn’t matter,” he said.

Roblox has not turned its back on China, a market of 720m gamers, but instead started talking up growth opportunities in Japan and Indonesia. “We’re just getting started in the Asia-Pacific,” said Donato.

BA.2 subvariant has led to spike in new COVID-19 cases in some U.S. states