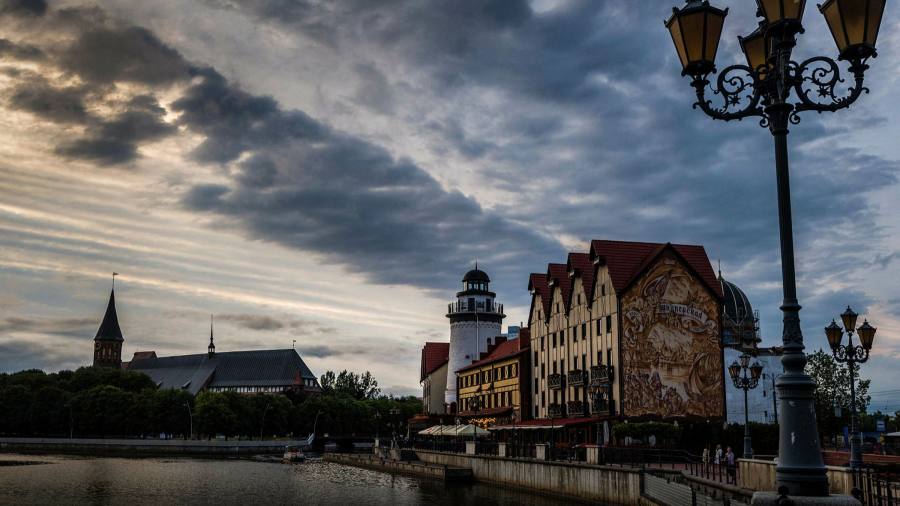 Russia has threatened Lithuania with serious consequences if the Baltic country prevents it from exporting EU-sanctioned goods to the exclave of Kaliningrad by rail.

Nikolai Patrushev, Russia’s security council secretary and one of President Vladimir Putin’s closest confidants, said during a trip to Kaliningrad on Tuesday that Russia would “react to such hostile actions” after Lithuania began enforcing the sanctions.

Patrushev warned that “appropriate measures” would be “taken in the near future”, adding that “their consequences will have serious negative influence on the population of Lithuania”, according to the Interfax news agency.

Russia accused the EU of starting a “blockade” of Kaliningrad after Lithuania, which controls the only overland rail route linking the exclave to mainland Russia via Belarus, began restricting the transit of goods under EU sanctions over Russia’s war in Ukraine.

These include iron and steel, luxury goods and some other products banned in earlier sanctions packages, which amount to a quarter of total Russian rail supplies to Kaliningrad.

Lithuanian policymakers have repeatedly stated that they are implementing EU sanctions and not imposing any unilateral measures on Russia. “There is no blockade of Kaliningrad,” said Prime Minister Ingrida Šimonytė.

Brussels has given its full backing to Lithuania over the trade ban and said it had provided guidance to Vilnius regarding how to apply EU sanctions.

“Lithuania is basically doing what it is supposed to do under the sanctions regime,” said Eric Mamer, spokesman for the European Commission.

Moscow’s threats are among the most serious it has made to a Nato member since Putin ordered the invasion of Ukraine in February.

The war has alarmed officials in the Baltic state who are worried about blowback from neighbouring Belarus — which is letting Russia use its territory as a staging post to attack Ukraine — and the possible risk of direct Russian military intervention.

Kaliningrad is home to Russia’s Baltic fleet and nuclear-capable Iskander ballistic missiles. Russia has threatened to change the region’s “non-nuclear” status in the past but has not said whether the weapons carry nuclear warheads.

Lithuanian officials have long worried about Russia’s potential ability to cut off the Baltics from the rest of Europe by exploiting the short border between Kaliningrad and Belarus, known as the Suwalki Gap.

Referring to a potential closure of the Suwalki Gap, he added: “It’s a complex issue that would very seriously affect the ability of [Nato] allies in a crisis situation.”

Unlike Estonia and Latvia, Lithuania does not have a large population of Russian speakers that Moscow could try to exploit, but officials in Vilnius are well aware of the dangers of being so close to Kaliningrad.

Anton Alikhanov, the province’s governor, has said that Kaliningrad would ship in the sanctioned goods from the mainland over the Baltic, but warned that the increased cost would make the deliveries economically unviable.

Moscow has not said what it would do to Lithuania if the shipments did not resume.

Russia’s foreign ministry summoned Markus Ederer, the EU’s ambassador to Moscow, on Tuesday to demand “the immediate resumption of the normal function of transit to Kaliningrad” and threatened an unspecified “response” if this did not happen, it said in a statement.

But Lithuania’s defence minister, Arvydas Anušauskas, said there was a clear difference between the threatening nature of Russia’s rhetoric and its likely response.

“In this case, I think all this intimidation is more about propaganda and disinformation,” he said.