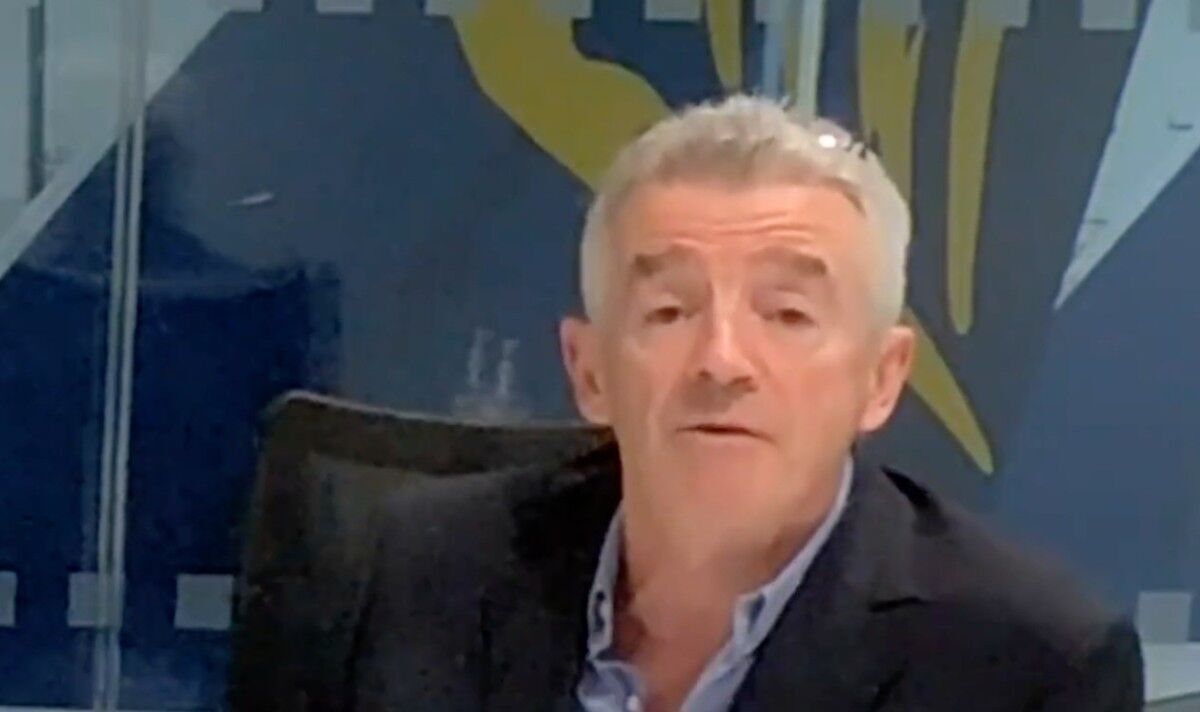 Ryanair’s Michael O’Leary has called on the British Government to drop post-Brexit recruitment rules to allow the transport sector to hire more European workers. Mr O’Leary argued that the Britons did not want to carry out many of the needed roles at airports and the industry needed an influx of labour from Europe to fill staffing gaps amid travel delays.

Mr O’Leary told Sky News: “It’s Completely to do with Brexit I mean an awful lot of these pinch points would be resolved very quickly and very rapidly if we could bring in European workers do the jobs that frankly people in the UK are not applying for and don’t want to do.

“This has always been the way the UK has provided..manned the staff in the transport industry and it is to make forward.

“If we can’t attract people who do those jobs like baggage handling like security at the airport, we’re going to have to bring in workers whether it’s from Ireland or from the continent here to do them and Brexit is one of the big bugbears in the system.

“It has introduced enormous labour market in flexibility in the UK and there are hundreds of thousands of jobs in the UK that frankly British workers don’t want to do.”

Anxious holidaymakers could be facing double trouble this week as ongoing issues with flight cancellations are compounded by rail strikes.

Passengers hoping to fly from Gatwick Airport and arriving by train face a reduced timetable on the Thameslink service.

The largest rail strike for a generation caused severe disruption on Tuesday, with more cancellations happening on Wednesday.

Many passengers’ journeys took several hours longer than normal, while those who chose to travel by car instead were greeted by a surge in traffic.

Some 40,000 members of the Rail, Maritime and Transport (RMT) union at Network Rail and 13 train operators walked out on Tuesday in a bitter dispute over pay, jobs and conditions.

Much of Britain had no passenger trains for the entire day, including most of Scotland and Wales, the whole of Cornwall and Dorset, and places such as Chester, Hull, Lincoln and Worcester.

Prime Minister Boris Johnson told a meeting of the Cabinet that reforms are vital for the rail industry and passengers.

He said: “I say this to the country as a whole, we need to get ready to stay the course. To stay the course, because these reforms, these improvements in the way we run our railways are in the interests of the travelling public, they will help to cut costs for farepayers up and down the country.”

SNP 'terrified to be independent' as Nicola Sturgeon wants to join EU 'straight away!'