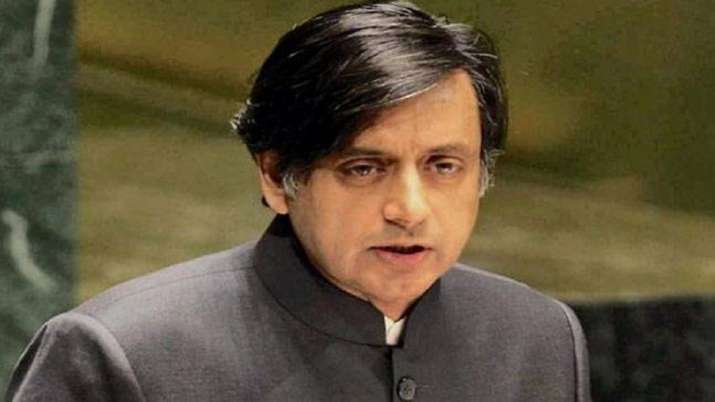 BJP MP Nishikant Dubey has demanded that Shashi Tharoor should be removed as the chairman of the Parliamentary Standing Committee while another party member Rajyavardhan Singh Rathore has shot off a letter to the Lok Sabha Speaker against Tharoor for speaking in public about his intention to summon Facebook officials without discussing the matter first in the parliamentary committee the Congress leader heads.

Rathore targeted Tharoor saying, “Issuing statements as to who would be summoned and what would be the agenda of the meeting is absolutely uncalled for and is violative of the procedures of the Lok Sabha. The proclivity of the IT committee chairman to speak to media first undermines the functioning of the committee members and the committee itself.” He is also a member of the committee which Tharoor heads. He said he has written a letter to Lok Sabha Speaker Om Birla in this regard.

Nishikant Dubey had said, “Speaking in Spenserian English in foreign accent does not give one freedom to an individual to disregard parliamentary institutions.”

Rathore, a former Union minister, said the IT committee members have no issue on “summoning whosoever the committee feels needs to be summoned for the protection of the rights of citizens of our country” but added that the matter should be discussed in the panel first.

Following a report in the Wall Street Journal which claimed that Facebook refused to apply hate speech rules to certain ruling party politicians, Tharoor had spoken about summing the company’s officials before the committee due to the “serious nature” of allegations.

He and Dubey, who is also a member of the committee and had come out strongly against Tharoor for his remarks, have filed breach of privilege petitions against each other with the Speaker.

(With inputs from PTI)

Scare on Delhi-Goa flight over ‘terrorists’ on board

Govt is said to consider selling 25% stake in LIC in...

No cinema halls to open in Northeast on Thursday |