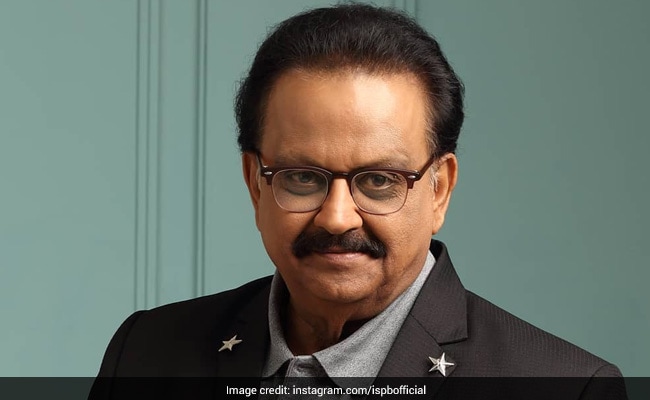 Singing legend S P Balasubrahmanyam, who was admitted to Chennai hospital MGM Healthcare on August 5 for COVID-19, continues to be on life support – his son, producer-director S P Charan confirmed in a video message about the singer’s health update. “There has not been any development in my father’s health conditions so far. So, I realise there is not much to update. But again, like I said, we are keeping the hope alive and the faith alive. And we are confident that all the prayers that are being showered upon him and his family are definitely going to help him recover as early as possible,” S P Charan said in an Instagram video posted on Thursday evening. “SPB health update,” he captioned the video. After S P Charan’s video message, Chennai hospital MGM Healthcare said that S P Balasubrahmanyam “continues to be critical on ventilator” and that an expert team is monitoring his parameters, reported news agency ANI.

S P Charan also thanked members of the film and music fraternity for joining a virtual on Thursday evening mass prayer and showering his father S P Balasubrahmanyam with get well soon messages. “We as a family are very grateful for this love and affection and the prayers.”

On August 18, S P Charan dismissed rumours that S P Balasubrahmanyam was no longer on life support with this message: “Though we do wish that the day comes soon, he continues to be on ventilator.”

In a video message just the day before, S P Charan quoted the doctors at MGM Healthcare as saying that S P Balasubrahmanyam was “critical but stable.”

Prayers for the 74-year-old singer have poured in from the likes of A R Rahman, Ilaiyaraaja and Dhanush, among other celebrities. Earlier this week, actor Rajinikanth said in a video message: “I pray to god for his speedy recovery. S P Balasubrahmanyam has brought joy to crores of people singing with his sweet voice in many Indian languages for more than 50 years.”

In a video message on August 5, the day S P Balasubrahmanyam was admitted to the hospital, the singer said: “Last two to three days, I have been having a little discomfort. Discomfort means little chest congestion, which for a singer is nonsense. Had cold and on and off fever. These three things, otherwise no problem. But I didn’t want to take it easy, so I went to the hospital and checked. They said it was just a mild, very mild case of corona. They said I can stay home and self-quarantine myself. But I didn’t want to do that.”

S P Balasubrahmanyam is a National Film Award-winning music legend, who has also been honoured with the Padma Shri and the Padma Bhushan. Mr Balasubrahmanyam has sung more than 40,000 songs in several languages and is also an actor and film producer.

Photos: Sara Ali Khan gets snapped carrying a handbag with her name on it – Times of India

No agreement in meeting between Barcelona and Messi’s father