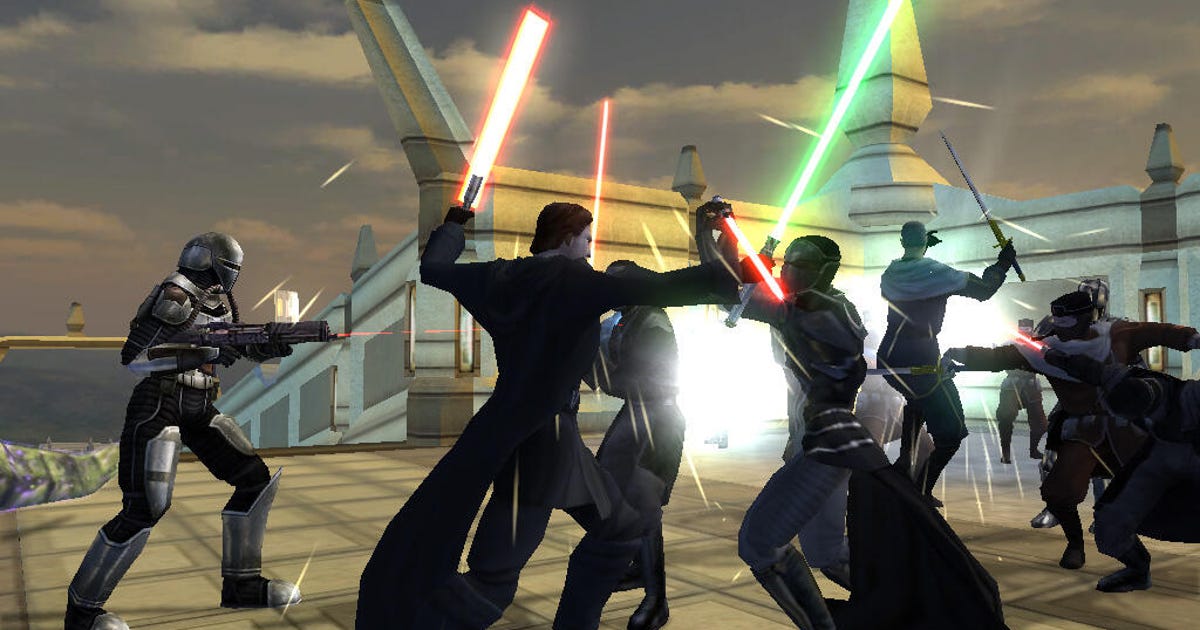 Star Wars: Knights of the Old Republic II — The Sith Lords, referred to as KOTOR II by fans, is considered by some to be the best Star Wars game of all time. The title, first released in 2004, saw a re-release on the Nintendo Switch earlier this month. The release was largely unchanged from the 18-year-old original. For gamers playing as Jedi 4,000 years before Episode I: The Phantom Menace, a bug makes the game unbeatable.

The game-breaking crash comes after the Basilisk Crash cutscene, according to VGC. Twitter user Daniel Moore, who goes by @Moo_Resolutions, tweeted at Aspyr Media, the Austin-based studio responsible for the port. Moore said he reported the bug before it became a known issue and had been stuck for a week.

Aspyr responded on Twitter that it’s a known issue and will be addressed in the next patch, but it didn’t have an ETA at the moment.

Aspyr Media didn’t immediately respond to a request for comment.

While KOTOR II is a nearly two decade-old game, given the success of the Nintendo Switch, which currently sits at 107 million units sold, it’s no surprise older titles are being ported to the platform. Some of that success can be pinned on former president of Nintendo of America, Reggie Fils-Aimé. The Bronx native recently dished about his time at Nintendo, including overseeing the launches of the Nintendo DS and Wii and the challenges facing the release of the company’s next console.

Aspyr is currently working on a remake of the first Knights of the Old Republic for PS5 and PC. This remake will require largely rebuilding the game from the ground-up, greatly improving visuals in the process.