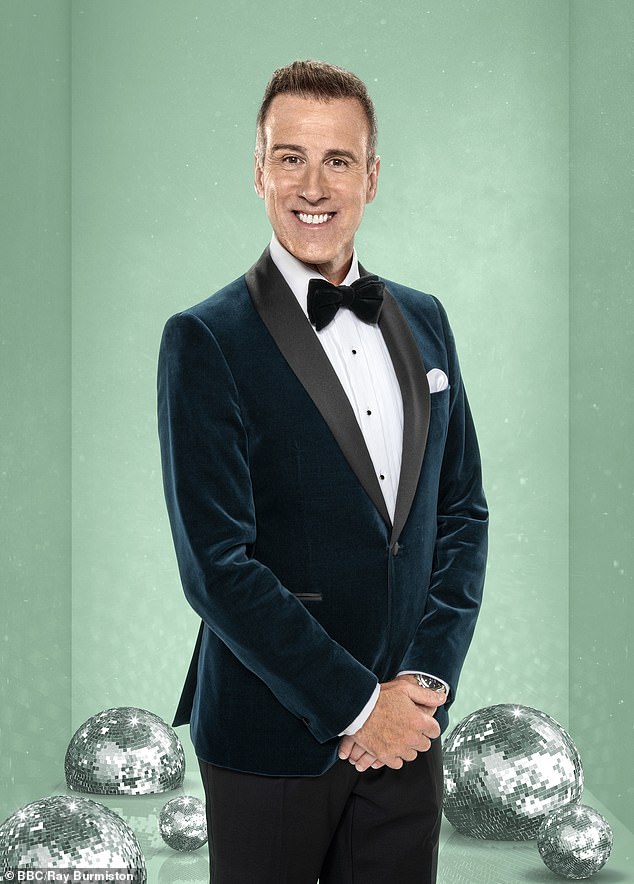 The former dance pro, who has now permenantly replaced Bruno Tonioli on the judging panel, admitted it’s ‘difficult’ to reflect on the last series without noting the routine, which won the TV BAFTA for Must-See Moment.

Anton will appear on the Strictly panel alongside head judge Shirley Ballas, Craig Revel Horwood and Motsi Mabuse for the Strictly launch which is due to air on Friday, after being postponed due to the Queen’s funeral.

Asked to recall his favourite moment from the previous series, Anton said: ‘It’s difficult to think about last year’s series without thinking about Rose and her incredible journey.

‘I think the dance her and Giovanni won the BAFTA for was extraordinary, and there were other extraordinary moments through her Strictly journey.’

Craig Revel Horwood agreed, saying: ‘Yes, Rose and Giovanni and the moment of silence. I thought that was just brilliant because she let everyone into her world so we could all understand it.’ 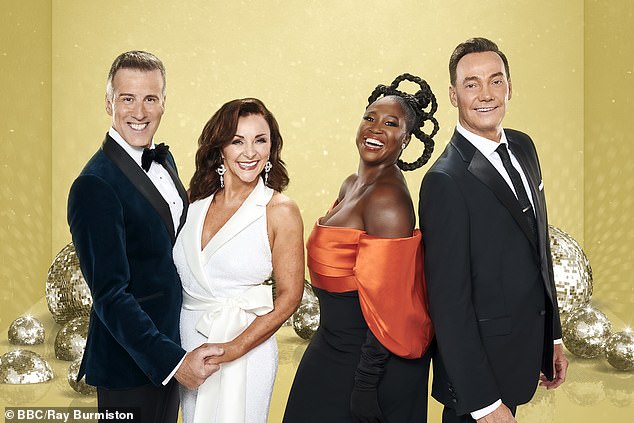 It’s back! The dancer will once again join Shirley Ballas, Motsi Mabuse and Craig Revel Horwood on the judging panel for the new series, which begins on Friday

Rose and her professional partner Giovanni Pernice were praised by millions for their silent Couples Choice routine, and were eventually crowned champions of the 2021 series.

Anton who has been part of Strictly since its first series in 2004, went onto say: ‘I can’t believe, well I can really, that it has been going for so long and still we have a new audience coming to it every year, a new generation that are growing up with the show.

‘There’s a wonderful feeling around the show. I love that feeling of lifting everybody up, which I think was highlighted through lockdown. The sun shines when Strictly is on.’ 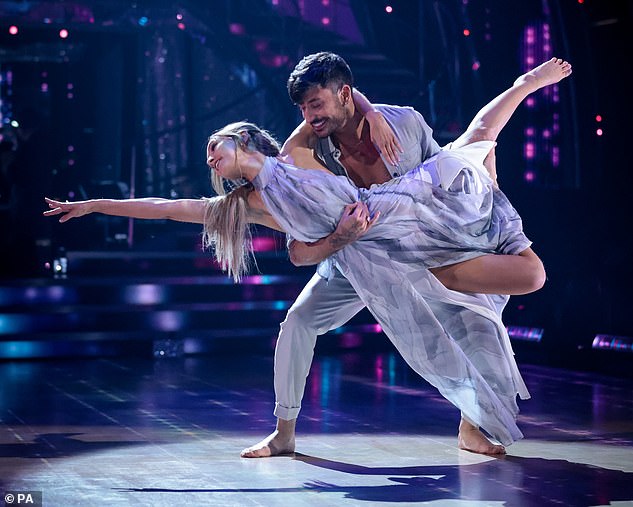 Touching: Rose and her professional partner Giovanni Pernice were praised by millions for their silent Couples Choice routine

This year’s Strictly will see the introduction of four new professional dancers, following the departure of Oti Mabuse and Aljaž Škorjanec earlier this year.

Anton added: ‘Having 20 pros is going to be amazing, chaotic and incredible! As a choreographer it gives you such opportunity and potential to create some incredible numbers. Visually it’s going to be spectacular.

‘Those new four dancers are all brilliant and bring such enthusiasm and excitement, being on Strictly Come Dancing is a dancer’s dream.’ 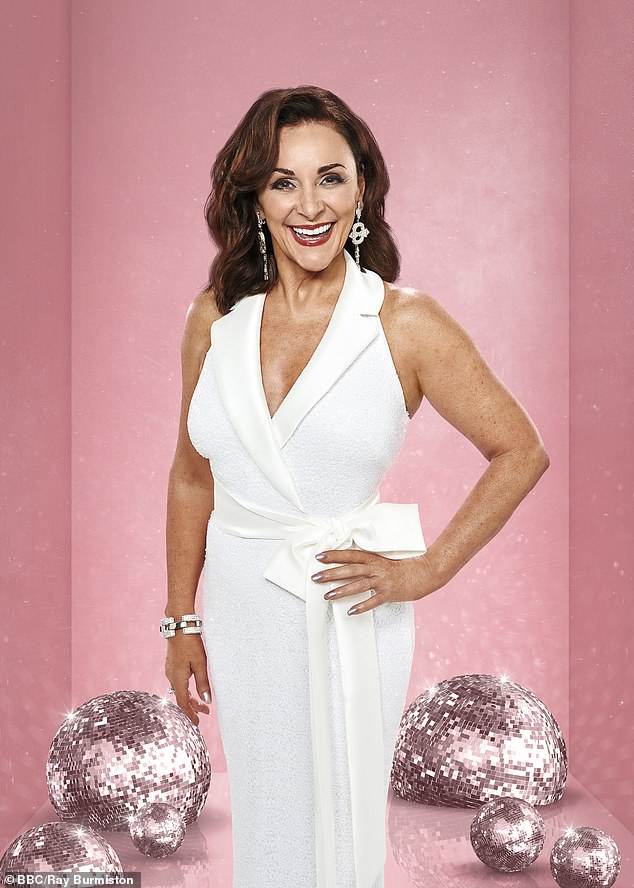 Exciting: Shirley also shared her excitement that Strictly will return to Blackpool later this year, admitting she still views the town as ‘home’

This year will also see Strictly return to Blackpool for the first time since 2019, after Covid restrictions forced the show to cancel its planned specials in the famous Tower Ballroom.

Head judge Shirley admitted that she still views the town as ‘home’ as its where she discovered her passion for dance.

She said: ‘It’s where my first event was when I was seven years old. The only year I’ve ever missed is when I gave birth to my son.

‘I love everything about Blackpool, including the lights and the walks along the beach, the people and the nightlife. The best dancers from all over the world come to Blackpool – It’s their ambition and their dream.’ 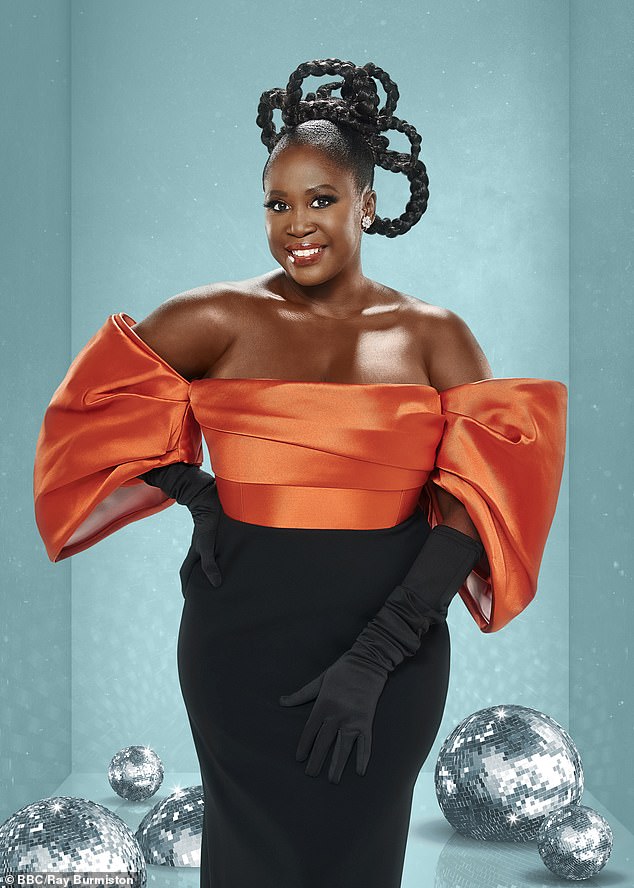 ‘Realising our dreams’: Meanwhile Motsi revealed the dream star she’d have loved to dance with, saying: ‘I would dance with Nelson Mandela if I could’

Meanwhile Motsi revealed the dream star she’d have loved to dance with, saying: ‘I would dance with Nelson Mandela if I could and I would have so many questions for him. I think because of him, we are able to realise our dreams today.

Strictly Come Dancing will finally make its return to screens on Friday with its pre-recorded launch show, which will see this year’s celebrities discover their professional partners.

The launch was previously scheduled to air on September 17, but was postponed due to the Queen’s funeral, which was due to be broadcast just two days later.

Strictly’s first live show will be broadcast just one day later, on Saturday, and all 15 couples will take to the dancefloor for the first time. 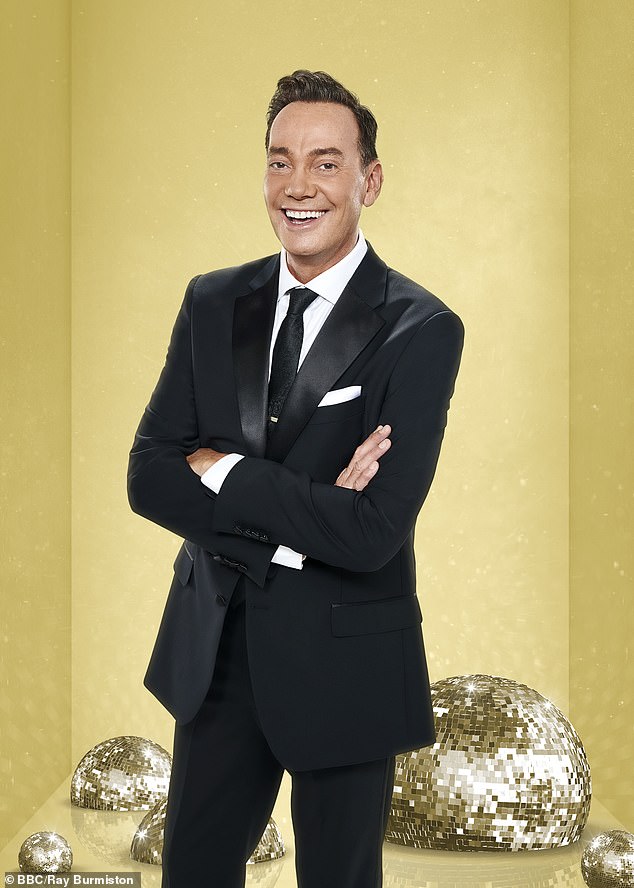 Praised: Craig also lauded Rose’s historic Couples Choice routine, admitting: ‘I thought that was just brilliant because she let everyone into her world so we could all understand it’

STRICTLY COME DANCING 2022: WHO ARE THE CONTESTANTS?

Kym says: ‘I’m so delighted that this year they have! I’m a huge fan of the show and can’t believe I’m going to go from watching at home in my pyjamas to actually dancing in front of the judges in a glittery dress.’

Richie says: ‘This is a dream come true! I cannot wait to get in those sparkles and sequins and shimmy across the most famous dance floor in the world!’

Ellie says: ‘To be asked to be part of the Strictly family is just so exciting and I cannot wait, it’s going to so much fun.’

Tyler says: ‘It’s a show that means so much to me and my family and I can’t wait to seriously shake a leg on that shiny dance floor… with a side of sequins.’

Ellie says: ‘Well, cover me in fake tan and roll me in sequins! I’m absolutely over the moon to be a part of Strictly 2022!’

Tony says:  ‘To say I’m excited is an understatement – the lure of the sequins and the call of the salsa has me swapping my battered old football boots for a set of Strictly soft shoes’

James says ‘I’m not known for my shimmy or my twinkle toes – in fact my kids regularly laugh at my dad dancing but it’s an honour to be asked and I’m going to give it my best shot.’

Helen says: ‘I’m really excited to get stuck into a fun adventure. My family and friends have always loved the show and can’t wait for me to get started’

Will says: ‘I know it will be a huge challenge but that’s what life is all about. This is also my Mum’s favourite show and she’s had a really tough few years so I’m doing this is for her as well. Bring it on!’

Kaye says: ‘I said I wanted to make the last year of my fifties memorable and i can’t think of a better way of doing it than showing the world my two left feet. Pray for me!’

Jayde says: ‘I’ve been a massive fan of the show for years. I feel like I’m watching myself in a dream and I can’t believe I’ve manifested this.’

Matt says: ‘I’ve been reclusive, I come and work and then go back to America. I thought, it’s time for me to come home and get out of my own way’

Molly says: ‘I already know it’s gonna be an experience of a lifetime and I can’t wait to meet the rest of the Strictly family I’ll be sharing it with.’

Fleur says: ‘I’m equally nervous and thrilled to be part of this year’s Strictly line up. I’m excited to learn new skills and I want to soak up every moment of this magical experience.’

Hamza says: ‘I am absolutely over the moon to be joining Strictly 2022. Never in a million years did I think I’d be on such a cool show.’