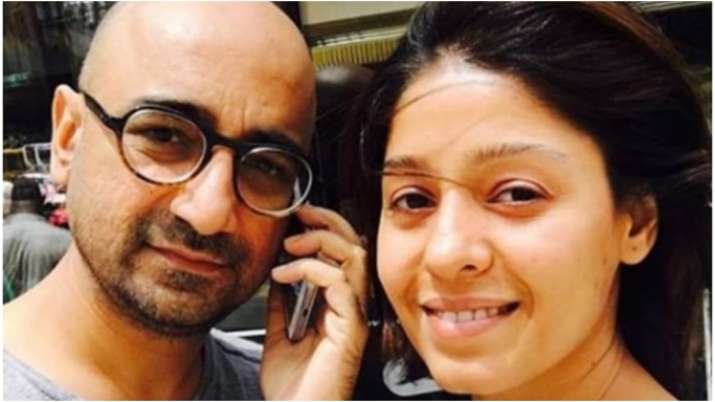 Last year, several media reports claimed that singer Sunidhi Chauhan’s marriage is on the rocks. It was reported that she and her husband Hitesh Sonik were having issues together. While Hitesh had quashed these reports, Sunidhi had kept mum on the matter. Now, breaking silence over the matter, the singer told E Times that all ig good between the couple. “All good now. Hitesh and I are living together,” she said.

Sunidhi Chauhan and Hitesh Sonik tied the knot in 2012. The singer earlier got married at the age of 18 to director-choreographer Bobby Khan. Her first marriage lasted barely a year. Hitesh and Sunidhi welcomed their first child together on January 1, 2018. Here’re some adorable social media moments of the family:

On the work front, Sunidhi Chauhan along with Shalmali released a track “Here is beautiful” earlier this month. The track is part of Shalmali’s debut album titled “2X”. The track emerged as a result of her conversation with Sunidhi, when the two decided to collaborate. As part of an extensive launch, Shalmali will be releasing the album in two phases — “2X Side A” dropping on April 30, and “2X Side B” later in the year, with a total of 12 tracks.

Talking about the collaboration Sunidhi told IANS: “Working with Shalmali on ‘Here is beautiful’ has been delightful. Never thought we would end up doing something so special over our casual meetings and coffees. I’m glad that I got to know the brilliant songwriter and a composer in her, because she’s just amazing and I couldn’t resist being a part of an album that is so important and path breaking for her. If I may say so, I’m proud.”

Shweta Tripathi: Important for actors to have fitness-oriented approach while working

He ran Animal Planet and HGTV. Now he will oversee WarnerMedia. Who is David Zaslav?

ENG vs IND: Virat Kohli will lead India to success in...

New Moon May 2021 astrology: How to celebrate the Taurus New...

From David Hammons, a Tribute to Pier 52 and Lastingness