HomeNewsThe day the bomb fell on our POWs in Nagasaki
News

The day the bomb fell on our POWs in Nagasaki 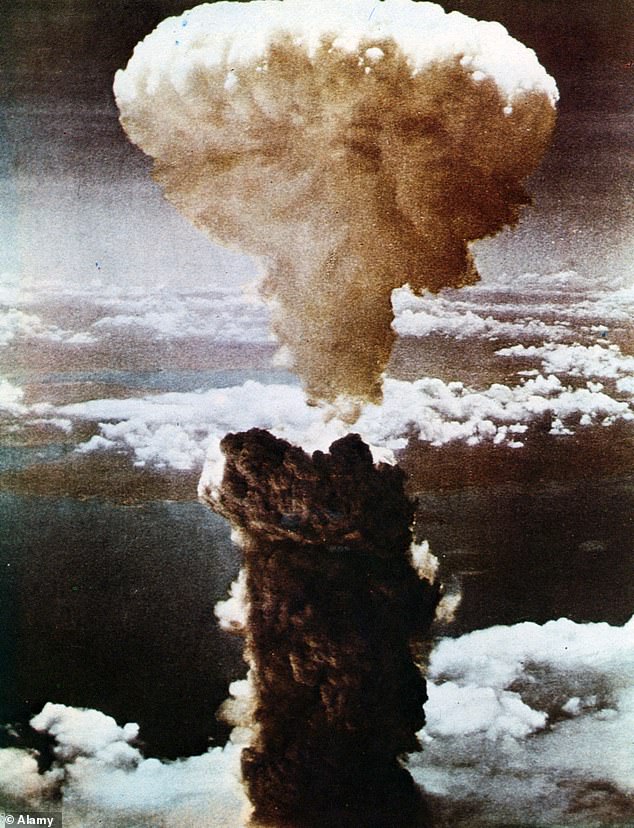 ‘We didn’t know what had happened to us. The only thing we could think was that the world was coming to an end.’ With these words, Canadian Jack Ford, an RAF Flight Engineer, remembered his experience in the Japanese city of Nagasaki.

Many people know that Nagasaki, after Hiroshima, was the target of the second atomic bomb dropped on Japan; few are aware that there were Allied prisoners-of-war on the ground beneath when it fell.

Nearly 200 British, Australian and Dutch PoWs were being held in Camp 14b, which was little more than a mile from the bomb’s epicentre.

Camp 2b was a further four miles away and was home to 500 more prisoners. The story of how they came to be there and what happened to them is graphically told in John Willis’s remarkable book.

It begins with Pearl Harbor and the Japanese entry into World War II. Their armies were soon threatening the British Empire in Asia. In reality, the Japanese were brilliant fighters who rapidly forced the British in Singapore into humiliating surrender. Almost overnight, more than 140,000 Allied troops were made PoWs.

At first, conditions for the prisoners were tolerable. At Changi, the prison camp in Singapore, there were beatings and debilitating illnesses, but there were also cricket matches and concert parties. Sea bathing was possible which, according to one British officer was ‘most enjoyable provided one avoided the dead Chinese who kept floating in on every tide’.

For many, Changi was recalled with fondness when enduring the horrors of the Thai-Burma railway, ‘known more colloquially as the Railway of Death’. 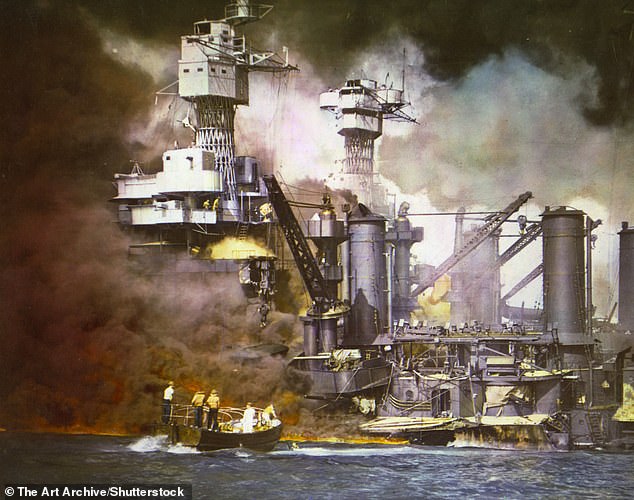 Pearl Harbor in Hawaii, on December 7, 1941, after the attack by the Japanese. Two Battleships, USS West Virginia and USS Tennessee, are pictured severely damaged

Thousands of PoWs were shipped off to work on the railway in appalling conditions. When survivors returned to Changi, those who had not left ‘couldn’t believe what they saw … they were looking at skeletons without boots or shirts.’

Other Allied prisoners, as many as 30,000, were shipped off to Japan on what were aptly called ‘hellships’. Those that survived the dangers of torpedo attacks from U.S. submarines became near slave labour for Japanese industry.

Some ended up in Nagasaki, working for the Mitsubishi shipyards. From Camp 14b the men had a four-mile march each day to work and back.

‘At times,’ one of them remembered, ‘some of the people would throw stones and spit at us. The Japanese guards would beat any man who lagged behind.’

Information about the world beyond the camp was difficult to obtain. (One man, who understood Japanese, did manage to smuggle in newspaper clippings hidden under his false teeth.)

Bombing raids on Japanese cities had begun, but the PoWs could have had no inkling that the most powerful bomb in human history was about to be dropped on Nagasaki.

It fell just after 11am on August 9, 1945. If the American bombardier in the plane above Nagasaki had released it just five seconds later, Camp 14b ‘would have been virtually underneath the blast’.

It would have been obliterated. As it was, the effects were catastrophic. Arthur Christie from the RAF was in one of the camp’s buildings. ‘A mushroom of smoke arose,’ he recalled. ‘The sun was blotted out. Then came a blast like a roar of express trains.’

The devastation was scarcely credible. According to Arthur Christie, the urban landscape he had known had simply disappeared. ‘It was just flat … as if someone had come through with a broom and swept the whole thing away.’ 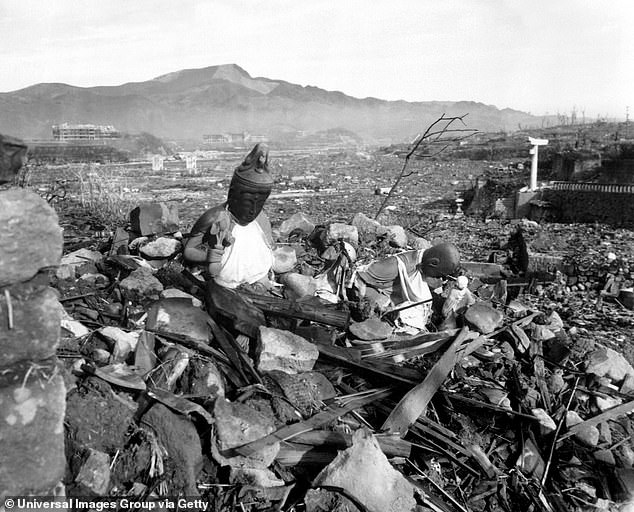 A destroyed Nagasaki Temple after the atomic bombing of Hiroshima and Nagasaki, pictured in 1945

The Irish army doctor Aidan McCarthy reported that, ‘Bodies lay everywhere, some horribly mutilated … those still on their feet ran round in circles, hands pressed to their blinded eyes’.

Yet, as Willis makes clear, the bomb that had so nearly killed the PoWs became their saviour. The Japanese surrendered days later.

Within a month, thousands of prisoners were evacuated. Donning a smart uniform for the first time in years, medical orderly Ken Adams could say, ‘I was a human being again. I wasn’t an animal wearing rags’.

The level of human suffering Willis records in such detail is difficult to process. However, it is a necessary one. The Nagasaki prisoners have been largely forgotten. Their resilience and strength of spirit deserves to be remembered and Willis’s book is a fine tribute to them.