Why does the biopic on Shakuntala Devi focus on her motherhood rather than her mathematics?

After the film Mary Kom was released, the eight-time world boxing champion from Manipur said in an interview: “If they make another film on me, I hope it will have less masala on my personal life and focus more on my professional life. I have worked a lot on my sport, developed strategies and skills to face opponents these last 20 years.”

If Shakuntala Devi had watched the recent eponymous biopic made on her life, would she have had similar objections? Would this be the film she would have wanted made on her? A film that uses her mathematical genius as only a peg to discuss her motherhood troubles.

Why did the real struggles of the indomitable sportsperson Mary Kom seem less important to the film’s auteur? Likewise, why was the arithmetical brilliance of Shakuntala Devi not deemed worthy of exploring? Both women defied their fathers; Devi left home to enter the male-dominated world of mathematics in universities across Europe and America way back in the 50s. She got over the challenges the English language posed, she disregarded comments made by white men about her Indian attire, shrugged off the ‘tests’ that the male world of science constantly subjected her to — all for her enduring love of numbers. She went on to write texts on Mathematics, doubled as an astrologer in her late years, wrote novels — why did these aspects of her life not fascinate the maker of the biopic?

Boxing and mathematics are skeletal outlines in these films, wedged as they are into a patriarchal analysis of these women. What was their love life like, were they good wives and mothers, did they put food on the table, did they stay up nights to change diapers, and so on. 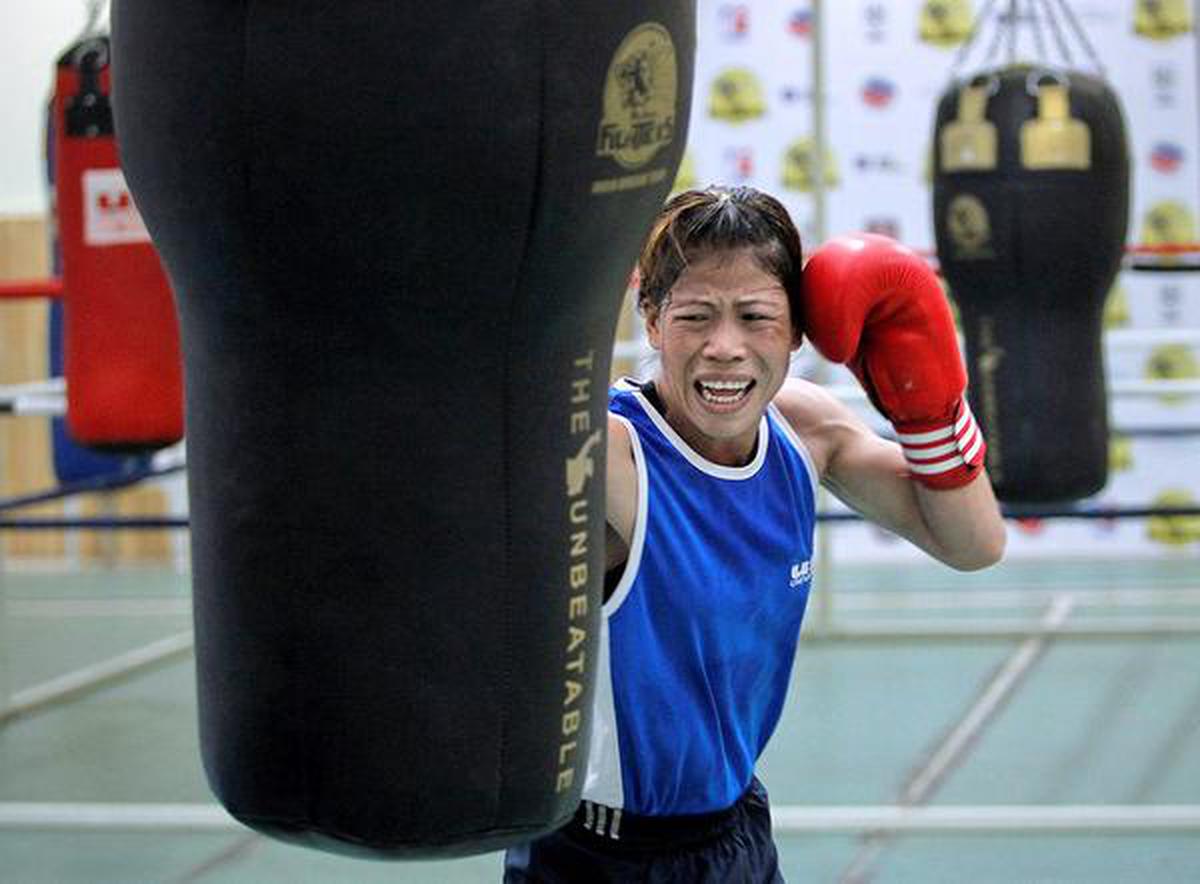 In an age when technology has propagated a voyeuristic culture, the mass consumption of information about ‘real’ lives seems to be a major preoccupation. More often than not, our consumption of the ‘ideal woman’ who has traits that can be recognised by the masses converges with values privileged by the male world, and technology perpetrates it.

A single point narrative accentuates these patriarchal codes further. The film on Shakuntala Devi does, in its climactic moments, speak of the importance of recognising women (mothers) with independent minds. But with the entire narrative upholding the motherhood shibboleth, the statement seems no more than tokenism.

Critic Dennis Bingham in his essay on the female biopic describes that the patriarchal gaze is evident in the voyeuristic treatment of the female protagonist. She becomes, he argues, “the one-dimensional ‘object’ of the narrative.” There is the “lack of an attempt to understand the subject’s point of view, the avoidance of ideological issues at the heart of the material, and an approach to the material that sensationalises and softens it at the same time.” He goes on to say that there are very few filmmakers who consciously resist the male gaze to capture a “woman’s own responses, wants, motivations, strengths, drawbacks, even fatal flaws, but from a point of view sympathetic to her.”

It is impossible not to remember Shyam Benegal’s Bhumika (1977). Inspired by the autobiography of the Marathi actor, Hansa Wadkar, the film tells a complex, multilayered story of her success, loneliness, love, desire for freedom, and unrelenting battle with social norms. Told through the story of the protagonist Usha, the brilliant film tells the story of generations of women, all trapped in their roles (bhumika), irrespective of their class and context. Bhumika is a four-decade-old film, but the manner in which it portrays the battles of a woman caught between institutional tyranny and free will is remarkably contemporary.

Shyam Benegal writes into the life of these women failure and tragedy, heightened in his characterisation of Usha — an unforgettable performance by Smita Patil — who seeks selfhood. It is true that they fail, but as feminist scholar Susie Tharu writes in her comments on the film, they fall “heroically and bravely”. Benegal records a woman’s desperate attempts to break free with repercussions that are unforgiving. Your scrutinising gaze does not leave the floundering Usha even for a moment, but she doesn’t wither. She comes back, and her restless energy haunts you. In brilliant juxtapositions, Shyam Benegal meticulously crafts the ironic contrasts between the real and reel, as he shifts between past and present.

Nearly 20 years after Bhumika came Benegal’s Sardari Begum (1996). Based on the life of a thumri singer, the protagonist is similar to Usha. Sardari, bestowed with extraordinary musical talent, escapes an ordinary life as her father’s daughter to live the life of an accomplished musician. Sardari’s unusual and daring choices are narrated by multiple people, from each of their perspectives. What you eventually have is a fragmented image of Sardari, seen through multiple lenses, and the filmmaker leaves it to you to make sense of who she is.

Sample this: In one scene Sardari tells her daughter, “Before music everything else is halka (less important)”. In another scene, her rich patron Hemraj convinces her to be his ‘private’ musician. He gifts her expensive jewellery in return and you watch with shock the defiant Sardari accept. How did a woman who gave up the world for music succumb to the lure of gold? In yet another narration, after she drives away her husband for whom she is the golden goose, she is called an “azad khayalat ki aurat” (free-willed woman). This complex depiction of Sardari allows for no easy conclusion. Benegal gives you a Sardari and an Usha who are at once women and feminists. In this intersectional discourse, there are men who are feminists and women who uphold the patriarchy.

Both these films are full of male authority figures, but as Bingham says, the ownership of the body, image and destiny lies with the protagonist. It looks at her social and cultural milieu from her point of view. What is, however, clear is that in 40-odd years, the way we look at and identify women has changed. The feminist belongs to one category, envisaged as a politicised being. The woman belongs to another category, a more easily identifiable entity who reflects on femininity and panders to stereotypes.

If filmmakers are keen to see Kom struggle with domesticity rather than sport, or to show Devi go through a mother’s guilt rather than her fascinating flights with maths, it comes from their desire to pander to mass culture. Even when they portray the lives of exceptional women, they make them passive recipients of masculine influence.

Vijaya Chamundeshwari, daughter of the late Tamil-Telugu star, Savitri, summed this up well. Acknowledging the overwhelming reception for the biopic on her mother, Mahanati (2018), she said: “My mother Savitri in real life was more than what she is in the film. There were lots of special things about her. Please remember her for those.”

Kapil Sharma’s Caption For Pic With Baby Anayra Will Melt The...

EXCLUSIVE | Teen Mom 2’s Leah Messer says that even though...