The Jan. 6 committee holds its fourth hearing today. Here's what we know 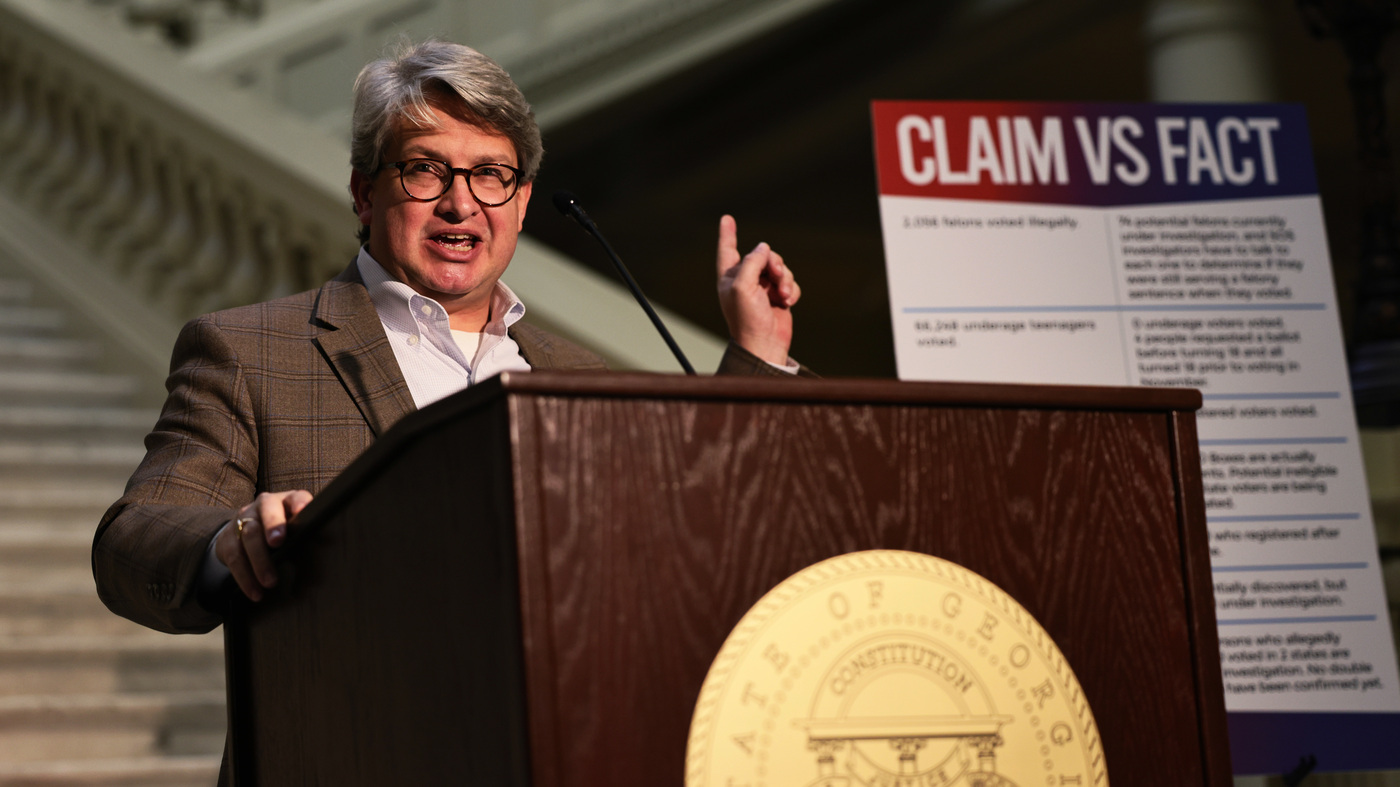 Gabriel Sterling, one of Georgia’s top election officials, defended the state’s voting system against former President Trump’s election lies and warned violence could result from the false claims. He’s among the witnesses at the House Jan. 6th committee’s fourth hearing.

Gabriel Sterling, one of Georgia’s top election officials, defended the state’s voting system against former President Trump’s election lies and warned violence could result from the false claims. He’s among the witnesses at the House Jan. 6th committee’s fourth hearing.

The members of the House select committee investigating the Jan. 6 attack on the Capitol will focus on former President Donald Trump’s attempts to pressure state officials to overturn the 2020 presidential election at their fourth hearing on Tuesday afternoon.

The testimony at the hearing “will demonstrate that President Trump and his allies drove a pressure campaign based on lies” that put state and local election officials at risk, according to committee aides who briefed reporters.

Aides also said the hearing will show how the Trump campaign organized slates of false electors in states that Trump lost to President Biden in order to facilitate disrupting the congressional proceedings to certify the election on Jan. 6.

For the past two weeks, the committee has held hearings with the goal of making a case that Trump was responsible for the deadly attack on the U.S. Capitol.

Georgia Secretary of State Brad Raffensperger and Gabriel Sterling, chief operating officer at the Georgia secretary of state’s office, are among those slated to testify on Tuesday.

Raffensperger and Sterling, both Republicans, vociferously defended the state’s handling of the 2020 election under both public and private pressure from Trump and his allies to overturn President Biden’s victory in Georgia. Trump was recorded on a phone call with Raffensperger telling him to “find” enough votes to flip the state, and Trump endorsed Georgia GOP Rep. Jody Hice in an unsuccessful primary bid against Raffensperger last month.

Another witness will be Shaye Moss, a Georgia election worker who was the target of a conspiracy theory spread by Trump and his lawyer Rudy Giuliani, along with her mother. Their family was inundated with violent and racist threats.

Arizona House Speaker Rusty Bowers, also a Republican, is expected to appear in person, as well, to tell how he came under direct pressure from Trump and Giuliani.

Tuesday’s hearing is expected to be led by Rep. Adam Schiff, D-Calif., and other witnesses may also appear on video. The committee said former White House chief of staff Mark Meadows will also come under scrutiny on Tuesday.

During a speech at the Faith and Freedom Coalition’s policy conference on Friday, Trump called the committee’s investigation “fake and phony” and claimed that video interviews from former campaign officials and associates had been “doctored.”

The past three hearings focused on how Trump knew that the voter fraud conspiracies were false but pursued claims that the election was stolen anyways, as well as his pressure on then-Vice President Mike Pence to refuse to certify the electoral votes on Jan. 6.

In-person and video testimonies so far have featured mostly Republicans, including Trump aides and allies like former Attorney General Bill Barr, former impeachment attorney Eric Herschmann and conservative lawyer and former federal judge Michael Luttig, recounting moments leading up to, during and after the election that culminated with the violent attack at the Capitol.

In September, the panel is expected to release an extensive report on its findings.

You can watch the hearing starting at 1 p.m. ET on NPR.org. NPR will also broadcast live special coverage of the hearings. Find your local member station or use the NPR One app to listen.