Home > smart life > Thunder: Roster Moves Still To Be Made In Oklahoma City 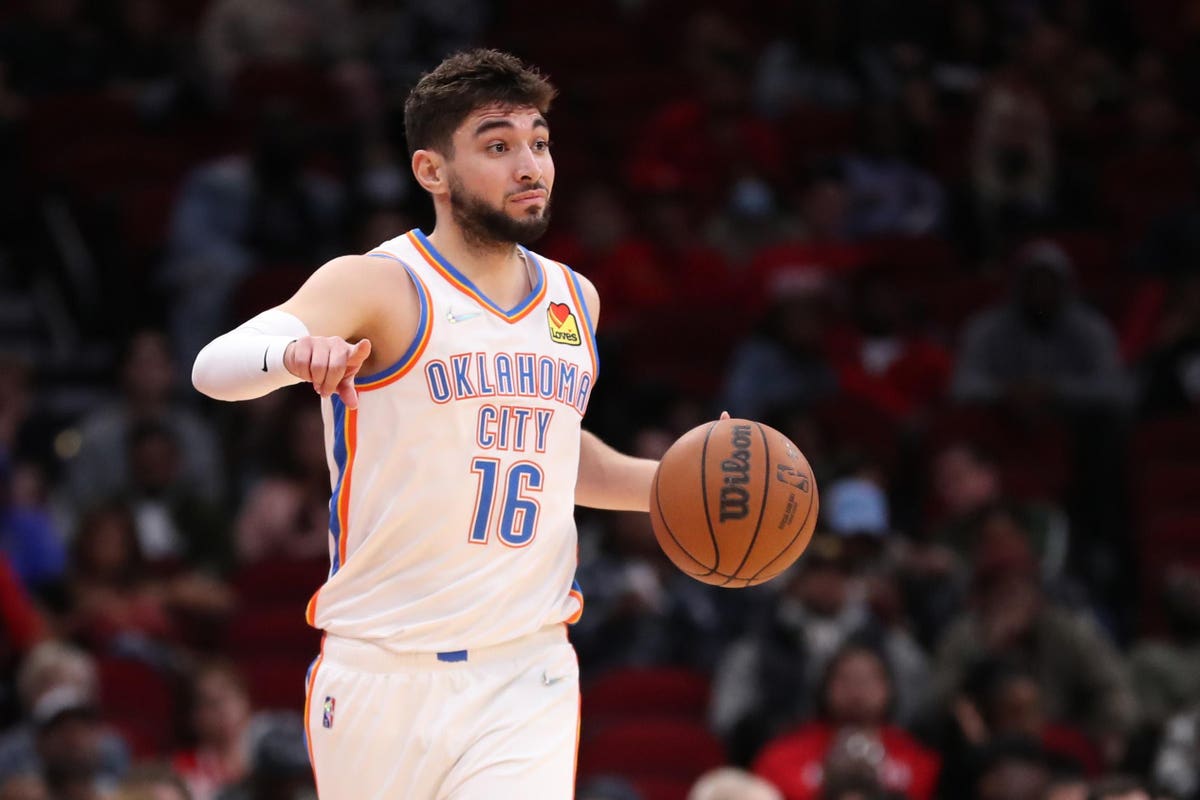 “There’s going to be competition on the roster, that’s healthy and good,” said Oklahoma City Thunder GM Sam Presti at the end of last season.

It was no secret that the Thunder would have a roster crunch in training camp leading up to the 2022-23 season, but that’s something Presti was looking forward to. It’s not a bad problem to have, as it means the roster is loaded with talent the front office likes.

As of now, Oklahoma City has 18 players on the active roster on full-time NBA deals. By the end of camp, that number will need to be trimmed down to 15.

Whether that’s by cutting players or making trades to clear up the roster, moves will have to be made. Three players will not make the cut.

Who on the active roster is most likely to not be in a Thunder uniform next season?

The expectations for Maledon last season were high, but for good reason. After a solid rookie campaign, he looked prime to take a leap during his second NBA season. However, he didn’t live up to expectations.

In fact, his role was nearly cut in half at the NBA level and he spent quite a bit of time in the G League. On a roster that is filled with quality guards, Maledon wasn’t able to carve out a real role on the Thunder.

After being taken just outside of the first round in last year’s draft, the French guard isn’t worth giving up on. With that in mind, he’s got a ton of competition moving forward. Oklahoma City doesn’t have many guard minutes to go around, so Maledon is in a spot where he might be expendable before the start of the season.

Standing at 6-foot-4, Maledon is a solid floor general but doesn’t play a flashy game. He’s put together some really good games in which he’s produced high assist or point totals, but not consistently enough.

If the Thunder staff doesn’t think he can break through and earn a spot in the rotation this season, it would make sense to move forward without him on the team.

Maledon has produced 8.8 points, 2.9 assists and 2.9 boards per game over the course of his career, but after two seasons in Oklahoma City it’s unclear where he will be next season.

Of the players that could potentially not make the roster next season, Krejci might have the most upside. In terms of potential, being a 6-foot-8 prospect with guard skills is hard to ignore.

Still just 22 years old, the Czech prospect has only gotten better with time. When selected by the Thunder, he was recovering from a significant knee injury and took a while to get back to game shape. Just last month in NBA Summer League, he looked as athletic as we’ve seen at this level, flashing bounce and quickness that he hadn’t previously showcased.

Krejci shot 32.7% from beyond the arc last season as a rookie and is very fluid overall offensively. He doesn’t turn the ball over at a high rate for how often he has it in his hands. In his first NBA season, he averaged 6.2 points, 3.4 rebounds and 1.9 assists in a limited role.

While he’s the most unknown player on this list of candidates, that might also make him the most intriguing to keep around.

At 31 years old, Favors is unlike the other current Thunder players that could be elsewhere next season. He’s a key veteran in the locker room and one of only two players over the age of 30.

Alongside rookie Chet Holmgren, Favors could actually be impactful next season in a mentorship role and also as a frontcourt partner on the floor. The veteran big didn’t play a ton last season, but was extremely efficient when he was on the court. He produced 11.4 points and 10.1 rebounds per 36 minutes during the 2021-22 campaign.

While he was a solid contributor on the court in limited action, he’s not a player many teams will be willing to give up an asset for. However, he’s on a roughly $10.2 million expiring contract that could be useful for Oklahoma City.

If the Thunder want to make a trade at the deadline, Favors might be a key salary filling piece to get something done. Additionally, any team that wants to free up cap space for free agency next summer could be interested in taking on his contract. This includes OKC, who could open things up once Favors’ deal is off the books at the close of the season.

All things considered, Favors actually could be a good option to fill the 15th and final roster spot entering the 2022-23 season. If the team isn’t convinced one of these other prospects will be contributors now or in the future, why not keep Favors around?

A former first-round pick, Ty Jerome has been up-and-down in his three NBA seasons. Now 25 years old, it’s still unclear if he’s the shooter he projected to be entering the league.

In his first NBA season, the 6-foot-5 guard shot just 28.0% from deep. From there, he knocked down 42.3% of his triples in his second season and looked to have turned things around. However, last season Jerome once again struggled and converted on just 29.0% of his 3-point attempts.

Which sample should be taken seriously? To this point, it’s hard to pin down what level of shooter Jerome really is.

Outside of shooting, Jerome is also capable of other things on the court. He’s an underrated passer and has produced 2.4 assists per contest over the course of his career. He’s also got good positional size as a combo guard.

Jerome is great friends with franchise cornerstone Shai Gilgeous-Alexander, who the Thunder would like to keep happy. However, the NBA is a business and Gilgeous-Alexander should want the team to do whatever it takes to win down the road.

Can the former first rounder become a more consistent shooter and passable defender? Regardless, Jerome’s ceiling seems to be pretty clear which could factor into his future with the team.