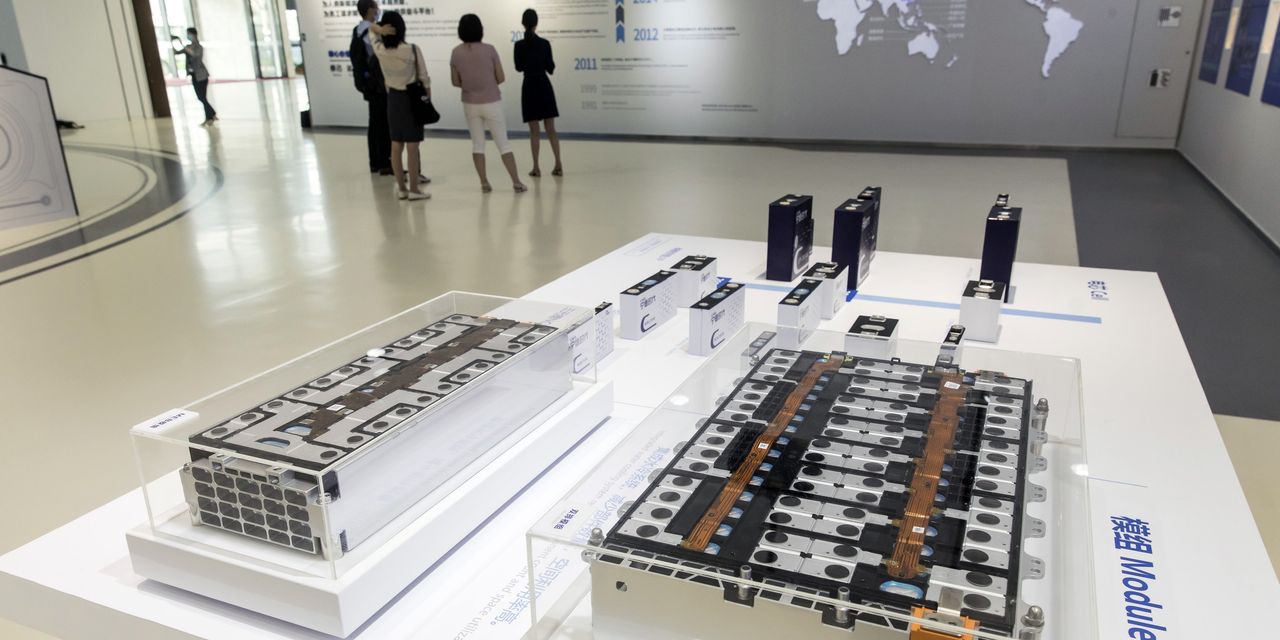 , the world’s biggest maker of electric-vehicle batteries and a

supplier, said it was looking to make batteries using sodium ions, a technology that could reduce costs and lift performance.

CATL is the first battery maker in the top global tier to adopt sodium-based battery technology, which offers promise because sodium is relatively plentiful and cheap. Other major players in the automotive business such as

have focused on improving battery recipes that rely on less easily mined elements such as lithium, cobalt and nickel.

Commercializing sodium-based batteries still faces challenges. CATL said the energy density of its new battery—the amount of energy it stores per unit of volume—is lower than that of an EV battery widely used in China known as lithium ferrophosphate.

Companies are racing to bring down the cost of making an electric vehicle so that it matches traditional gasoline-powered vehicles. UBS Group AG has calculated that electric-vehicle battery packs and motors cost $4,000 more to manufacture than a comparable gasoline-burning midsize sedan engine, a difference it believes will disappear by mid-decade.

CATL’s market capitalization has climbed sharply this year and stands at about $200 billion, according to FactSet, making it one of China’s most valuable companies. Investors have bought the battery maker on optimism over the EV wave. It supplies EV makers such as Tesla, Daimler AG’s Mercedes-Benz unit and Chinese car makers.

CATL said sodium-based batteries have other uses beyond EVs such as storing power on an electricity grid. It said it was in talks with potential customers and planned to put a supply chain in place by 2023.

has said the car maker is working on technologies to significantly lower the cost of batteries.

Lithium-ion batteries are widely used in smartphones, laptop computers and EVs despite challenges including fire risk and the cost of mining lithium in remote locations.

The cost of sodium could be a fraction of lithium and EVs could charge more quickly, said Dennis Chien, a senior analyst at Hong Kong-based investment company HSZ Group. “I think there’s a great potential that sodium-ion batteries will play an important role” in EVs, he said.

CATL and other sodium-ion battery makers still need to show they can manufacture in large quantities. “The manufacturing cost could remain high and it would lose its advantage in competition if the industrialization process isn’t moving as smoothly as expected,” Chinese securities firm

wrote in a recent report.

Sodium ions are charged particles of the element sodium that travel back and forth between the battery’s electrodes as it stores and discharges energy.

CATL also showed images of a proposed battery pack that combines sodium-ion and lithium-ion batteries. That would be a way of maintaining good range on a single charge while ensuring the vehicle doesn’t break down in cold weather.