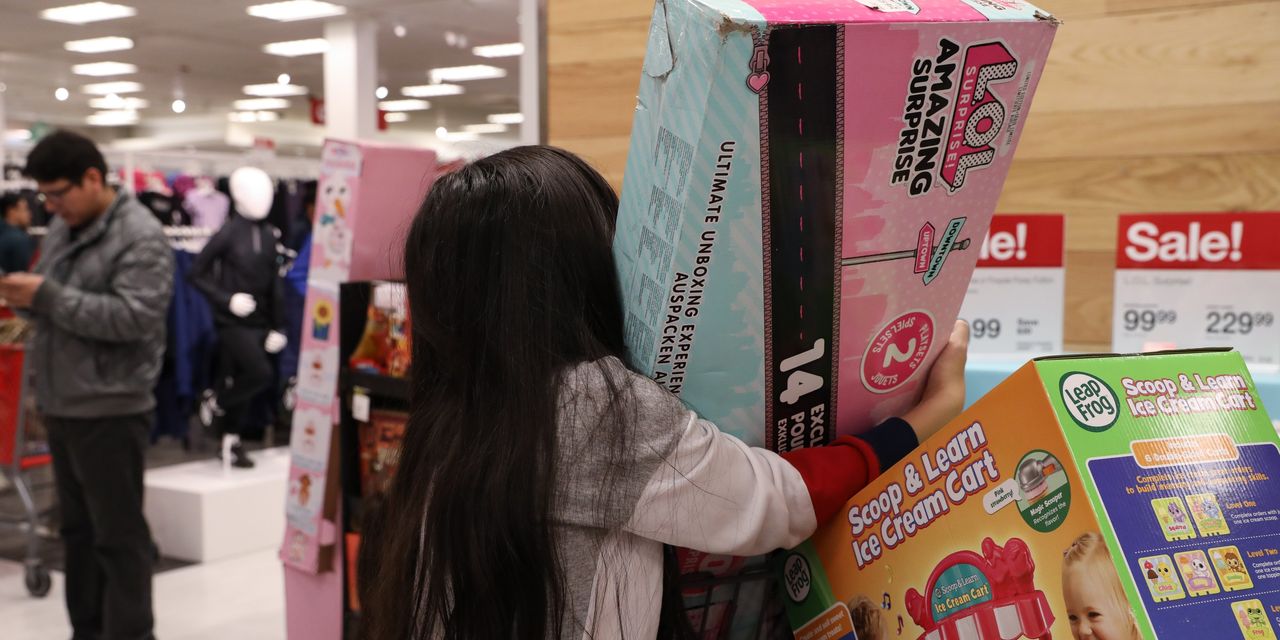 Logjams at seaports around the world are leaving some American toy companies scrambling this summer to ensure sufficient supply will reach retail shelves come this year’s holiday shopping season. The toys that arrive in time will likely carry higher prices.

Hasbro Inc., Mattel Inc. and other manufacturers say they are navigating supply-chain disruptions and rising costs for materials and labor, leading them to raise prices to recoup some of the added costs.

Toy industry veterans say this year’s disruption is worse than last year when the Covid-19 outbreak temporarily shut many ports, factories and stores. “In 2020, we thought it couldn’t get any worse, and 2021 said, ‘Hold my beer,’” said Joshua Loerzel, vice president of sales and marketing for Hog Wild LLC, a small toy company based in Oregon.

Ocean freight bottlenecks have led to long delays for shipping from China, where a majority of toys sold in the U.S. are made, and rates that are far higher than usual. The daily spot rate including premium surcharges for a 40-foot container from China to the U.S. West Coast as of Wednesday was $18,346, compared with about $2,680 last July and $1,550 in July 2019, according to the Freightos Baltic Index.

Hasbro, which outsources nearly all its production, says the company is using various ports and shipping lanes and sourcing more of its toys from various countries to avoid delays during the second half of the year. “I’m going to be a little less focused on exactly where the inventory is coming in, but rather that we have the inventories to meet the demand,” Hasbro CEO Brian Goldner told analysts this week.

How is the possibility of rising costs and shortages changing the way you plan to shop for gifts this year? Join the conversation below.

Mattel, which owns several factories in Asia, said it was leveraging its geographically diverse manufacturing footprint to minimize the effect of freight bottlenecks. “There could be still unanticipated supply chain challenges, and it’s hard to tell what the future may hold,” Mattel CEO Ynon Kreiz said in a conference call.

Retailers and toy companies typically agree on prices six months to a year in advance. Toy companies are now scrambling to renegotiate prices with retailers, said Mr. Loerzel of Hog Wild, which employs about 30 people. The size of a toy company will impact its negotiating success, he said.

“Obviously, we can’t sell stuff for a loss,” Mr. Loerzel said. He said the company’s new Handy Grabs item, which was priced at $14.99 when it launched earlier this year, is now selling for $17.99 at some retailers to help offset higher shipping costs.

The toy industry has faced coronavirus challenges since the first waves of the pandemic shut Chinese factories and delayed manufacturing. The industry managed through successfully, and posted 16% sales growth last year in the U.S., according to research firm NPD Group Inc., as parents bought board games and Barbie dolls for children deprived of school, playdates and vacations.

Toys intended for sale during the fourth quarter, when toy companies make a substantial portion of their revenue, should typically ship from China in July and reach the U.S. in August to be on retail shelves in October, said independent toy consultant Chris Byrne. Instead, some shipments are delayed weeks to months, jeopardizing the ability for toy companies to have their products on store shelves by October.

Some toy companies engage in bidding wars to obtain space on shipping containers. Curtis McGill, co-owner of a Texas company that sells kits for children to decorate Christmas ornaments and Easter eggs, said he reserved a 40-foot container last week for $19,500, nearly five times higher than the rate he paid last summer, before being informed that it went to a higher bidder. He paid $22,500 this week to reserve another container. “It’s an interesting time for little guys like me,” Mr. McGill said.

Mr. McGill said any Christmas product that hasn’t left port by Aug. 15 he will leave in China, ship later in the year, and store until the 2022 holiday season. He anticipates leaving half of his company’s Christmas product overseas.

But right now, “There’s nothing in our warehouse to sell,” said Mr. McGill, whose company, Hey Buddy Hey Pal Investments LLC, has five full-time employees. “The consumer isn’t going to have many choices this year.”

Isaac Larian, founder and CEO of MGA Entertainment Inc., said his business is being hit by rising costs. In addition to high freight costs, some Chinese factories that manufacture toys are charging over 20% more to offset higher raw material costs and labor rates.

MGA, the company behind L.O.L Surprise dolls and Little Tikes, has raised prices to offset increased costs. Some $10 dolls are rising to $12, while $29 items will rise to $35. Mr. Larian says he is worried that raising it too high will upset shoppers. “If you raise it too high, then the product is going to be out of reach of the customers,” Mr. Larian said.

It’s unlikely many toy companies will begin moving manufacturing out of China, toy consultant Mr. Byrne said, with factories and infrastructure set up there over decades and logistics issues now affecting other Asian countries too. “Getting containers across the ocean is going to be a challenge no matter where they’re coming from,” he said.

Ultimately, Mr. Byrne said, “Santa’s going to fly. What’s going to be in the sleigh is up in the air right now.”

—Paul Ziobro contributed to this article.