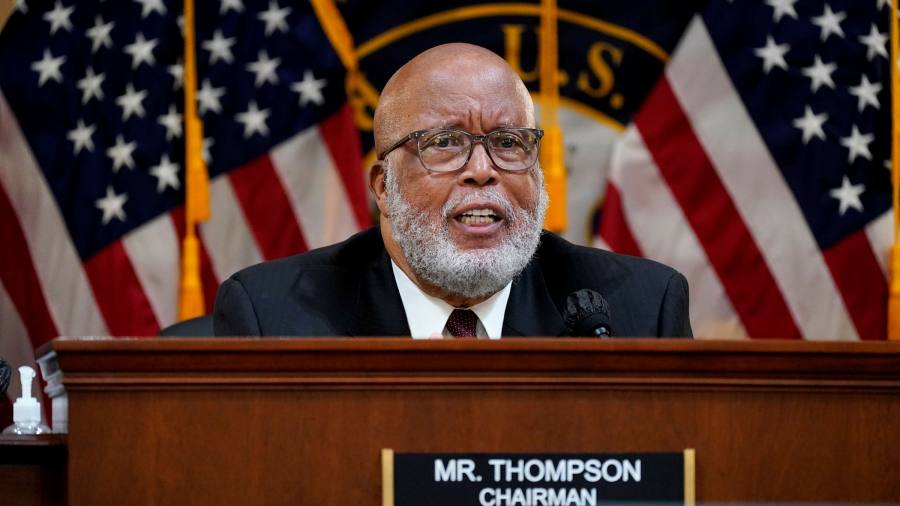 Donald Trump put sustained personal pressure on state officials to overturn the results of the 2020 election, the Congressional committee investigating last year’s attack on the US Capitol has heard.

Members of the bipartisan panel said the former president spoke personally to officials in swing states to persuade them not to sign off on the results from their voters.

The pressure campaign included a lengthy telephone call to Brad Raffensperger, Georgia’s Republican secretary of state, and another to Rusty Bowers, Arizona’s Republican House speaker. Both men were set to testify in front of the committee on Tuesday.

Bennie Thompson, the Democratic committee chair, told the hearing: “This disruptive pressure campaign on state and local officials was all based on a lie. Trump knew this and he did it anyway.”

The hearing is the fourth in a series of public sessions designed to lay out clearly how Trump tried to overturn the 2020 election despite warnings from many of his top advisers that doing so would be illegal, and how he helped foment the violence of January 6 2021.

Members have previously heard testimony about how several top Trump officials attempted to persuade him to back down on his claims that the election had been stolen, but to no avail.

Former staff members for Mike Pence have also described how the former vice-president withstood pressure from Trump not to certify Joe Biden’s election win on January 6 itself.

Witnesses have also testified that there appeared to be some collusion between the far-right groups that led the storming of the Capitol on that day.

Liz Cheney, the Republican vice-chair of the committee, said: “Donald Trump had a direct and personal role in this effort [to put pressure on state officials], as did Rudy Giuliani, as did John Eastman,” referring to the former president’s lawyer and constitutional adviser respectively.

“In other words, the same people who were attempting to pressure vice-president Mike Pence to reject electoral votes illegally were also simultaneously working to reverse the outcome of the 2020 election at the state level,” she added.

In future sessions, members will dissect how Trump spent a crucial 187 minutes during which rioters were roaming the halls of Congress without any discouragement from the former president.

His actions during that period could prove crucial if Merrick Garland, the Democratic attorney-general, decides to prosecute Trump over his role in the violence.