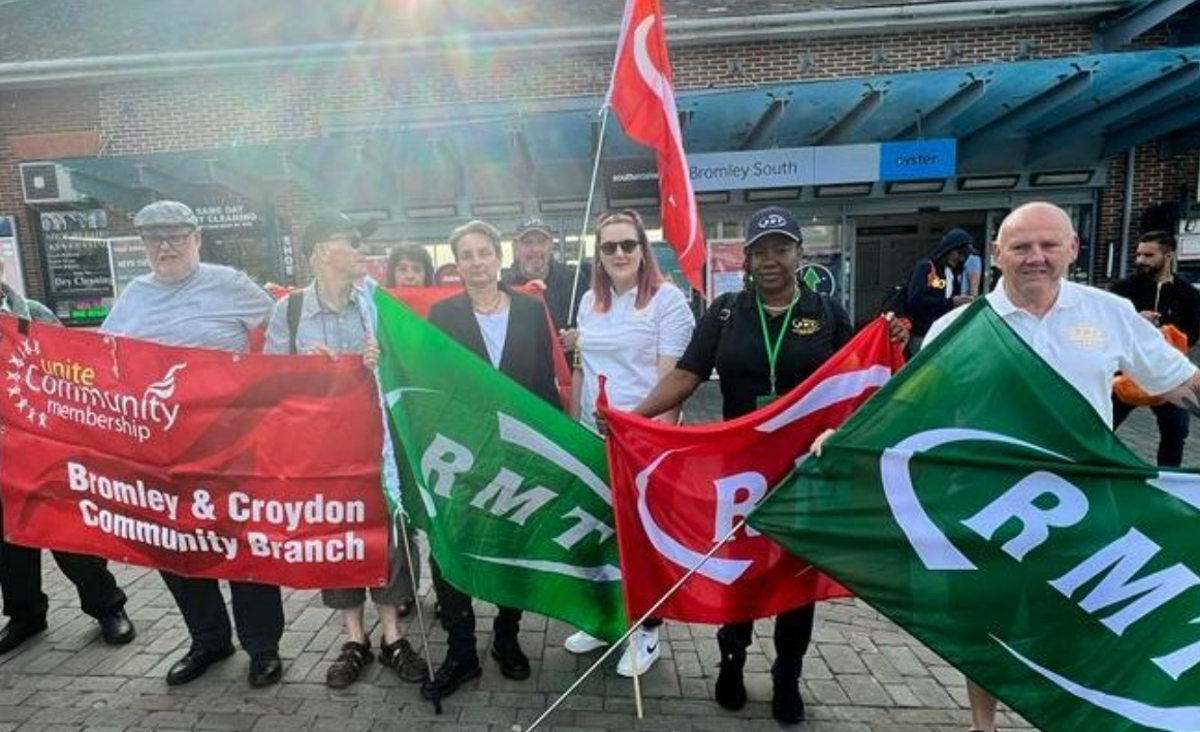 Two frontbench Labour MPs have defied an order from Sir Keir Starmer not to join striking rail workers on the picket line in the biggest industrial action on the network for three decades.

It comes after a leaked memo from the Labour leader’s office provoked fury among unions, including Unite, whose general secretary warned the party last night: “You don’t lead by hiding”.

On Tuesday members of the Rail, Maritime and Transport workers’ union (RMT) began a staggered three day walk-out after eleventh hour negotiations failed to find a resolution in a bitter dispute over pay, jobs and conditions.

The memo sent by Sir Keir’s office, seen by Politics Home, said frontbenchers should “expect severe disruption this week as the result of industrial action” by the the RMT, with widespread cancellations throughout the week.

The Labour leadership reiterated its stance that the party did not want to see the strike action go ahead, and also accused the government of failing to engage in any negotiations to resolve the despite.

However, it added: “We must also show leadership and to to that end, please be reminded that frontbenchers including [parliamentary private secretaries] should not be on picket lines.

“Please speak to all the members of your team to remind them of this and confirm with me that you have done so.”

But Kate Osborne, a parliamentary aide to shadow Northern Ireland secretary Peter Kyle, joined striking workers in Bromley, south-east London, saying: “I’m a trade unionist, I will always stand on the side of the workers.”

Responding to the leaked memo on Monday evening, she added: “Labour was formed by the trade union movement to give working people a political voice.”

Navendu Mishra — an opposition whip — also posted a photograph alongside striking workers on Tuesday morning, saying: “This treacherous government has underfunded & mismanaged our public transport network for more than a decade.

“As a proud trade unionist, I stand with all workers on our railway network who are taking industrial action to fight for their jobs & keep passengers safe.”

The Independent understands the party’s chief whip, Alan Campbell, will deal with issues relating to any disciplinary action of those defying the Labour leader’s office oders, after the industrial action has ended at the weekend.

Talks between the RMT and Network Rail were still being held on Monday evening, just hours before the start of the first strike, but the row remains deadlocked, with all sides blaming each other for the lack of progress.

Sharon Graham, general secretary of Unite, lashed out at Labour over the reports regarding the leaked memo on Monday evening.

She said: “The Labour Party was founded by the trade unions and we expect Labour MPs to defend workers, by words and by actions. To instruct Labour MPs not to be on picket lines with workers speaks volumes.

“You don’t lead by hiding. No-one respects that. It’s time to decide whose side you are on. Workers or bad bosses?”

Manuel Cortes, general secretary of the Transport Salaried Staffs’ Association, said: “This is ridiculous nonsense from the party which was created by trade unions. Solidarity is what our movement is all about.”

A number of Labour MPs not on the frontbench also posted on social media from the picket lines, including the former shadow chancellor John McDonnell, who said he was “proud to join RMT picket lines” in his constituency.

Ian Lavery, the MP for Wansbeck and a former Labour Party chairman, joined a picket in Morpeth, Northumberland, tweeting: “Solidarity with the RMT union today and all days.”

A Labour spokesperson said: “Unlike the government, our focus is firmly on the public. The Tories are in charge, and they failed to fix it.

“The responsibility for this week’s chaos lies firmly with them. Boris Johnson and Grant Shapps must u-turn on their refusal to even meet with Network Rail and the RMT to urgently find a solution.”