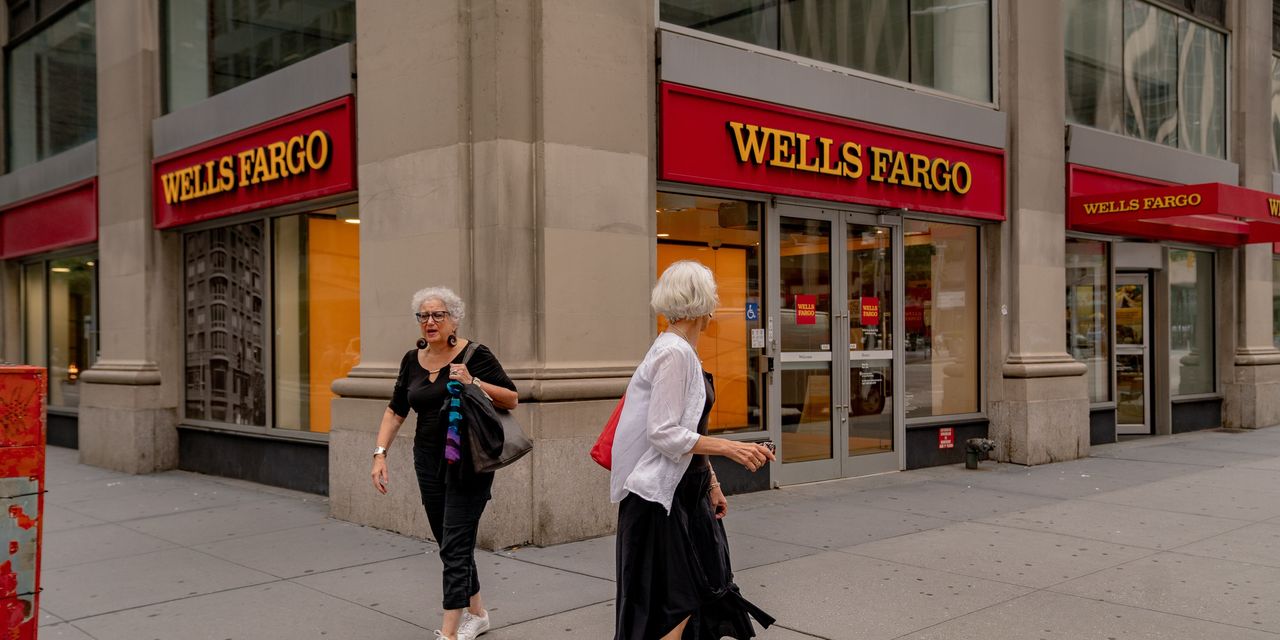 The San-Francisco-based bank said Wednesday that its revenue rose 11% from a year ago to $20.27 billion, topping the $17.76 billion analysts had expected. That was due to fees and other noninterest income, which rose 37% from a year earlier to $11.47 billion.

Wells Fargo was the only lender among the four biggest to post an increase in revenue last quarter. It was aided by one-time gains, including higher valuations on its venture capital and private-equity investments. Mortgage banking income also quadrupled from a year earlier to $1.34 billion.

The bank’s results suggested it is beginning to make progress repairing its business nearly five years after its fake-accounts scandal ruined its reputation and led to revenue declines across its business.

“We believe we are doing what’s necessary to improve the underlying earnings power of the company,” Chief Executive Charles Scharf said in a statement.

Banks have relied more heavily on noninterest income as their bread-and-butter lending businesses suffer from low rates and tepid demand from consumers and businesses.

Those trends remained a challenge for Wells Fargo as well. It reported net interest income of $8.8 billion, down 11% from a year earlier. The bank’s loan book shrank about 1% from the previous quarter to $852.3 billion.

Wells Fargo earned $6.04 billion in the second quarter, a reversal from a year earlier when it posted its first quarterly loss in a decade. The bank posted per-share earnings of $1.38, beating the 98 cents predicted by analysts polled by FactSet.

During the year-ago period, Wells Fargo was stowing away money to prepare for massive amounts of its loans to go bad. But those defaults have so far failed to materialize, and lately banks have been releasing their reserves.

With the economic outlook brightening, Wells Fargo said that it released $1.64 billion of that stockpile, boosting its bottom line. Those releases also lifted profits at JPMorgan Chase & Co. and Bank of America Corp.

Still, many banks had been holding on to heightened levels of reserves, reflecting a concern that more loans could go bad as pandemic aid programs wear off.

“While we expect charge-offs will increase at some point, we continue to see strong trends in all of our businesses,” Mr. Scharf said in a statement.

Wells Fargo is still operating under more constraints than its big-bank peers. It has a three-year-old cap on its growth as punishment for its fake-account scandal.

Lately, executives have turned to cost-cutting. Noninterest expenses totaled $13.34 billion in the second quarter, down 8% from $14.55 billion a year earlier.

Wells Fargo executives said earlier in the year that they want to cut at least $8 billion from the annual budget and recognize roughly $3.7 billion of it this year. The bank has been laying off employees, closing branches and shrinking its office space. The bank’s head count shrank by more than 5,000 in the second quarter, and it also spent less money on outside consultants.

Shares of the bank rose more than 1% in early trading on Wednesday. The stock has climbed 45% this year, the biggest rise among the six largest U.S. banks. Its stock declined roughly the same amount last year.