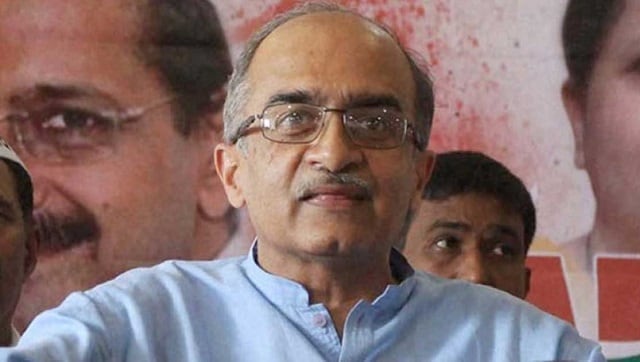 The Supreme Court on Tuesday concluded the hearing on the quantum of punishment to be awarded to lawyer-activist Prashant Bhushan and reserved its verdict in the contempt case against him over two of his tweets, said reports.

Bhushan urged the Supreme Court to give a “statesman-like message” by recalling the verdict convicting him for contempt of the court for his tweets against the judiciary.

Attorney General KK Venugopal also asked the bench headed by Justice Arun Mishra to forgive Bhushan. He said Bhushan should “withdraw all statements and express regret” and the court should warn him.

The apex court on 14 August had held Bhushan guilty of criminal contempt for two “derogatory tweets” against the judiciary, saying they cannot be said to be a fair criticism of the functioning of the judiciary made in the public interest. The court on 20 August had granted time till Monday to Bhushan to reconsider his “defiant statement” and tender “unconditional apology” for the contemptuous tweets.

However, Bhushan refused to apologise — both during the hearing on 20 August and in a supplemetary statement filed on Monday— stating that what he expressed represented his bona fide belief which he continued to hold.

“Though Attorney General suggested (that Bhushan should be reprimanded), that will be extreme. Don’t make Prashant Bhushan a martyr. Don’t do it. He has not committed murder or theft,” senior advocate Rajeev Dhavan, appearing for Bhushan, submitted before the bench, also comprising Justices BR Gavai and Krishna Murari.

Referring to the supplementary statement tendered by Bhushan, his lawyer said that not only should this case be closed but even the controversy should come to an end and “there should be a statesman-like message” from the top court.

“I make two suggestions. The convicting judgement should be recalled and no sentence should be imposed. I am making a statement on my client’s behalf,” Dhavan said.

Referring to Bhushan’s statements and his refusal to apologise, the bench said to Venugopal that mistakes were committed by all but they needed to be accepted and said that here Bhushan was not willing to accept that.

“We have to be respectful to each other and tolerant. We are not separate from you (lawyers). We have also come from the bar. We are open to criticism but we cannot go in public,” the bench said during the hearing.

Justice Mishra, who is demitting office on 2 September, said that judges cannot go to the press to speak their mind. “We are not carrying prejudice against anyone. Don’t think we are not tolerating criticism. There are several contempt petitions pending but tell us has he been punished ever? It is painful to see such things happening at the time when I am demitting office,” he said.

The court, which granted 30 minutes to Bhushan to ‘think over’ his stand of not expressing regret over his tweets, later sought the views of Dhavan on the punishment to be awarded to Bhushan in the contempt case.

According to a LiveLaw report, Dhavan noted that the Supreme Court would collapse if it did not face severe criticism. He also said the order which gave time to Bhushan to apologise gave the impression that the activist-lawyer was being coerced into making an apology.

“An apology cannot be made to escape the clutches of law. An apology has to be sincere,” the report quotes Dhavan as saying.

In response, Justice Mishra is reported to have said, “Tell us what is wrong in using the word ‘apology’? What is wrong in seeking apology? Will that be reflection of the guilty? Apology is a magical word, which can heal many things. I am talking generally and not about Prashant. You will go to the category of Mahatma Gandhi, if you apologise. Gandhi ji used to do that. If you have hurt anybody, you must apply balm. One should not feel belittled by that.”

Venugopal said that judges were the third party in this case against whom the alleged statements have been made and the court has not heard them.

However, the bench asked, “Why are such allegations being made in the first place?” Judges cannot defend themselves, the bench observed, and said that it is the Attorney General who will have to protect the system.

“Bhushan says the Supreme Court has collapsed, is it not objectionable,” asked the bench.

“The court can speak through orders only and even in his affidavit, Bhushan has made disparaging remarks against the judiciary”, the bench said.

“The court should warn him and take a compassionate view,” Venugopal told the bench. When Bhushan does not think he did anything wrong then what is the point of giving him advice to not repeat it, the bench said.

“A person should realise his mistake. We gave Bhushan time but he says he will not apologise,” it said.

Bhushan faces simple imprisonment of up to six months or a fine of up to Rs 2,000 or both as punishment.

India’s first-ever seaplane services in action from today: 10 things to know about the flying machines

Choose cycling to beat the lockdown blues and boost immunity –...

12 Ways People Say Their Anxiety Has Changed During 2020

‘We can overcome this season of darkness’: Joe Biden accepts Presidency...

Sports Came Back in 2020. Now Comes the Hard Part.

India to host summit of SCO council of heads of government...