'Wrong about everything!' Truss mocks Lammy in Brexit row as they clash over EU 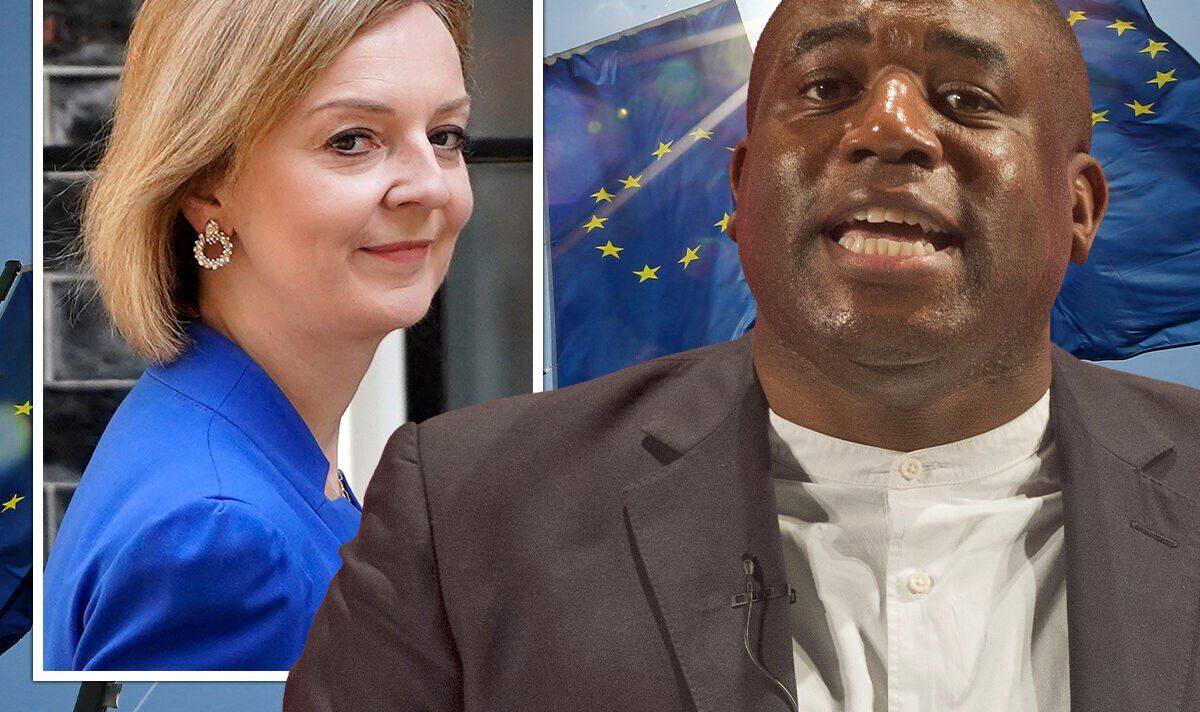 In an angry session of Foreign Office questions, Mr Lammy continued a difficult week which has seen him come under a sleaze investigation, by being humiliated by the Foreign Secretary in the Commons Chamber.

Intervening on questions about the Northern Ireland Protocol Bill which will protect the province’s place in the UK he said: “The protocol Bill introduced to this House last week breaks international law. It risks the integrity of the Good Friday agreement.

“It divides the UK and the European Union at a time when we should be pulling together against Putin’s war on our continent, and it risks causing new trade barriers during a cost of living crisis.

“It is not even enough to get the Democratic Unionist party to commit to return to Stormont. Will the Foreign Secretary now quit posturing for backbenchers who have lost confidence in the Prime Minister, and get back to the hard work and graft of negotiating a practical way forward?”

But Ms Truss hit back, dismissing his claims.

She said: “I am afraid to say that nothing the right honourable Gentleman has just said is accurate. The fact is that our Bill is legal, and we have laid it out in a legal statement.

“We are putting forward solutions—a green lane and a red lane—that protect the EU single market as well as allowing goods to flow freely around the United Kingdom.”

Earlier she pointed out the EU had refused to come up with any suggestions for the Protocol even though it is undermining the Good Friday Agreement after 18 months of trying.

She said: “We are very prepared to have those negotiations with the EU, but, at present, we have a negotiating partner that is unwilling to change the issues that are causing the problem in Northern Ireland.”

And in a further criticism of Mr Lammy she suggested he should go to Northern Ireland to learn the facts.

She said: “The right homourable Gentleman should go to Northern Ireland to see the impact that is having on businesses, hauliers and traders who are facing this customs bureaucracy. It is fundamentally undermining the Good Friday agreement.”

He asked: “Is there any precedent of where the UK has cited the legal concept of necessity for overriding a treaty that it has freely entered into?

“Bearing in mind that the Prime Minister not only negotiated and signed the Northern Ireland Protocol, but at the time described it as being in perfect conformity with the Good Friday Agreement.”

Ms Truss responded: “We are clear that our legislation is both necessary and lawful, and have published a Government legal statement laying out exactly why that is. Our priority as the United Kingdom Government is the Belfast/Good Friday agreement, and we know that the Northern Ireland protocol is undermining that agreement.

“We have not seen the institutions in Northern Ireland functioning since February, and we know that the issues caused are baked into the protocol—namely the customs provisions and the VAT provisions—so we do need to change that.”

She added: “As I have said, we remain open to negotiations with the EU. That is our preferred course, but they have to be willing to change the issues that are causing real problems for the people of Northern Ireland.”